Tero Heikkinen
Finland
Published in in English on Aug 3, 2015

“Then there was Oslo, which in time has come to feel like a home to us – you guys rock! And though you are most often substantial purveyors of that magical potion Jägermeister (at Mono bar, of course), I myself (on two kinds of antibiotics) had to miss out on the glorious nights and retire to my hotel room each night. Next time I will partake! But what great nights they were, the shows.. and the audience. Two nights in a row at Rockefeller! Can one ask for more? One thinks not!

Trondheim is a place we sadly missed out on during our last trip to Norway, but luckily we got to revisit this time, in the amazing venue of Samfundet, the round stage area where the ghosts of some distant otherworldly circus join in the music, the trunks of elephants blaring, the gnashing of one-wheeled bicycles, the drumrolls of some deadly acrobatic venture echoing in the dark.. and as always, great audience!” – Mew journal (March 2006)

Norway sees an amazing four shows (!!!) for October and the Nordic tour even kicks off from there, just about a week after the North American tour. Would you have guessed? A quick look at the venues and it seems that Mew has previously performed in all these four concert halls. Tickets will go on sale this Friday.

“Göteborg, though we have played in your city-body only a few times you have already discovered the wizardry of Mew and we salute you for coming to give your support! Göteborg seems like such a nice place, I hope to get to know it better some day. Stockholm! You frengers who did hear the modern sorcerers cry and came out to the Fryshuset (the frozen dungeon sports hall) to see and hear Mew, thank you so much for making our night! Thanks for coming out to the frozen house, where ice cream is plenty.” – Mew journal (March 2006)

Swedish shows (both Stockholm and Gothenburg) have venues where Mew has played before. 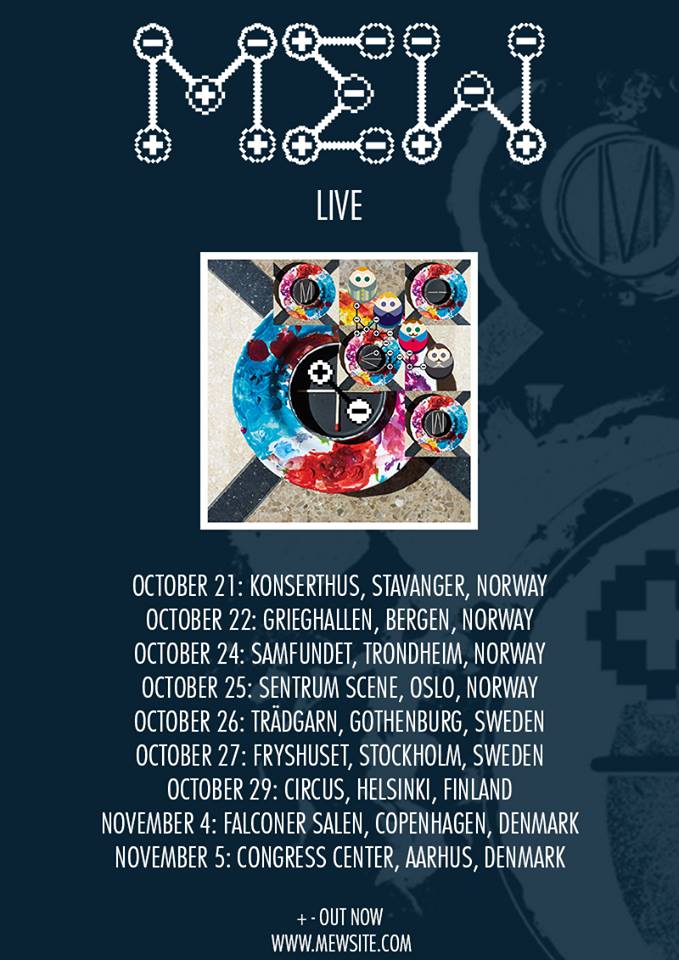