Frengers
Published in in English on Dec 1, 2015

This is the very first concert I have ever attended in Japan and I don’t intend it to be the last. After several times Mew held concerts there, I could finally see them live in the Country of Cherry Blossoms. The weather that day was cold (for me); 10 degrees, cold and windy with some rain drizzling outside. I arrived quite early and I saw lots of Frengers, wearing Mew merchandises, queueing to enter the gate — some people of my age, some were older, and they went to the venue right after work. One would expect that people of different ages would have different music tastes, but not with Mew. I started to feel the excitement in the crowd! 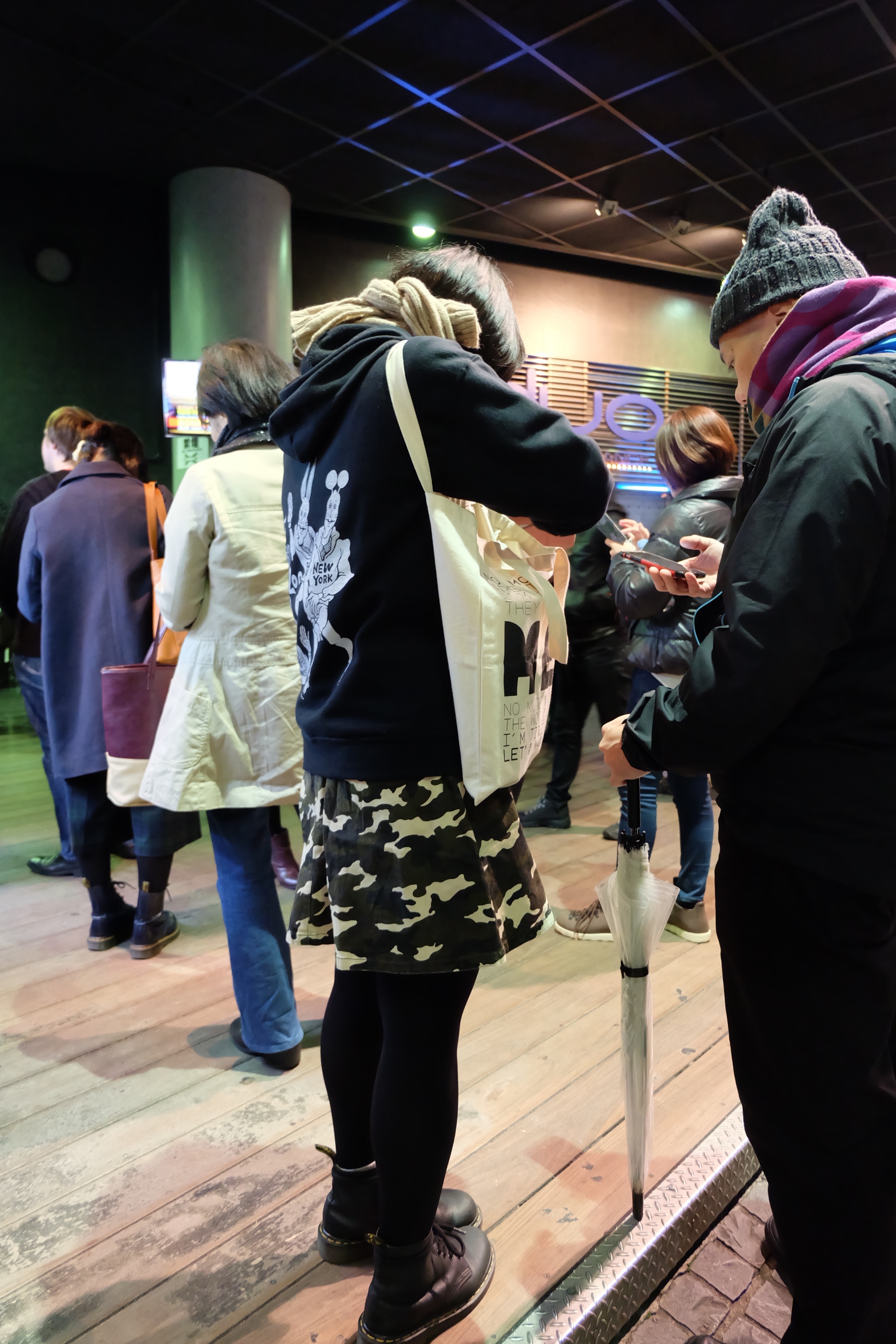 The opening act for the show was Lili Limit. This alternative pop band hails from Japan, put on a good show and did a good job of warming the crowd up. Some Frengers danced to their performance, however it was too bad that the sound was not that good if you stood in the back of the venue, and honestly I was quite concerned that it would affect Mew’s performance too.

After Lili Limit had left the stage, we had to wait around 30 minutes until we could finally hear a few chords of the first song from Mew, Witness. I could feel the excitement in the air, people were screaming when they caught Jonas taking his place on stage. Thankfully, the sound was so much better and the performance from the band was so amazing. I really loved how Johan whipped his hair back and forth while he slapped his bass. That’s really cool! As always, Silas expressively beat his drum, and both Mads and Dr. Watts looked so happy, and Jonas said the following quite a few times, “ I love Japan so much, I’d love to live here. You guys are so lucky to be here.”

The concert that night felt so warm. In my opinion, the audience was a bit shy, unlike in the other Asian countries. They listened to the songs in a very solemn way, and the anticipation from the audience was only building higher and higher as the band led them through their hits, such as Special, Snow Brigade, Am I Wry? No, and My Complications. The other surprising thing for me was when Mads played the intro to Sometimes Life Isn’t Easy in a different way than how Bo usually played it. I guess Mads has already explored Mew’s songs enough with his guitar. Good job, Mads! She Spider was also written on the setlist, but the band had to skip it due to some broken guitar strings.

That night was also the first time I heard Mew belted out Rows live. I was so amazed and stunned because of how wondrous the song was. Several Japanese Frengers seemed to have memorized the lyrics to this song completely and they enjoyed it fully. Finally, Mew closed the show with the slow beat Comforting Sounds, which is very popular in Asia. This song received an overwhelming dreaminess by the audience. They were raising their hands, they closed their eyes, and sang the song together with Jonas. If only I could use my camera, I would definitely capture that moment, because it was so beautiful. 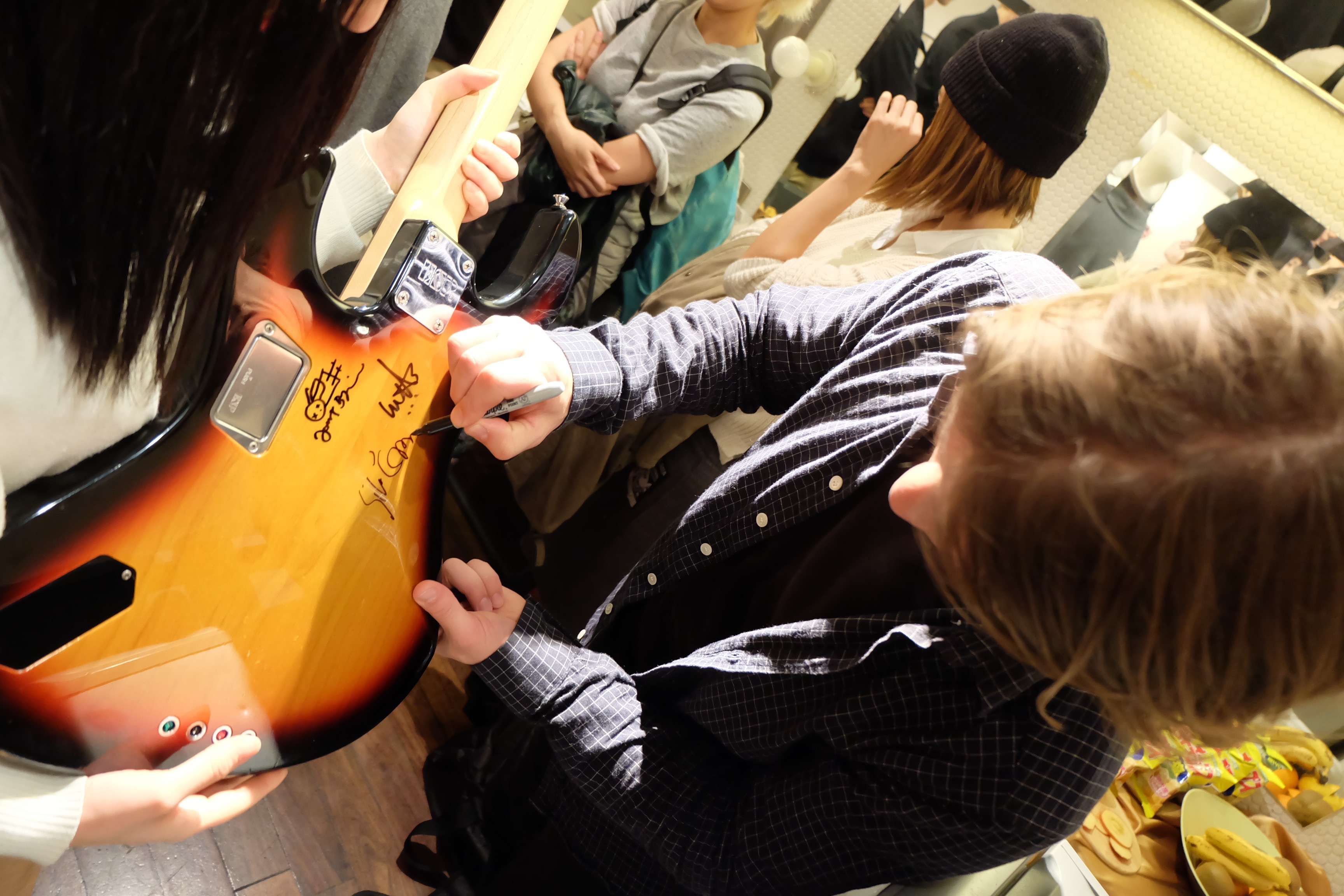 The second concert day in Tokyo (and at the same venue), I arrived around 6pm and there were already a lot of people queueing to enter the venue. I met some Frengers that I know and had a little chit-chat with them. I felt so happy to had the chance to meet up with Frengers from outside of your country. I definitely loved that moment where you can share all of the love you have for Mew with them. I wish I could meet up with more and more Frengers from Asia and other countries around the world.

The concert that night was opened by Salyu at 7pm. After that, it felt like it took forever to wait for Mew. I think it was because the venue was so full of people and my feet were a bit swollen from all the walk around Tokyo earlier. But it was not actually that long, we just had to wait for 30 minutes until Mew finally stood on the stage, starting the show with Witness and Satellites. They performed attractively and the sound that night were hands down, better than the first show.

A lot more Frengers were dancing throughout hits like Snow Brigade and She Spider. When Medley was brought, I could hear the audience sing together to the song. Again, Rows was played beautifully by Mew. Although, in some part Jonas’ voice was quite hoarse (I guess he was tired from the tour), but nevertheless Rows was so spectacular. Silas drum beats were so heavy and it made people to raise their hands as they welcomed the ending of the song. The song then followed by Am I Wry? No and people were still screaming enthusiastically.

The setlist was jam packed with a hit after a hit. What’s different with the setlist for the second concert in Japan was that Mew belted out She Came Home For Christmas, The Night Believer and Beach. I was so happy to listen to The Night Believer and some of the crowd knew the lyrics from the back of their heads! These were definitely the highlights of the night. The show was closed with Comforting Sounds. It was received with screams and applause as the audience soon realised the encore was over. It was almost unbelievable how infectious Mew’s music is and I can’t wait to watch them again soon.