Ann Lancaster
United States
Published in in English on Nov 25, 2015

Yesterday, as they were gearing up for the Japanese shows in this current tour, Mew rather unexpectedly dropped a brand new music video in our laps. Those who were fortunate enough to see the new backdrop animations at the live shows will already recognize the Making Friends visuals with their limited palette, scratchy overlays, and apocalyptic landscapes. Jonas Bjerre’s animation is top notch, a return to form to the days of yore when their live shows were filled with such imagery of nightmarish beauty.

As quoted on Under the Radar, who premiered the video: “The video is inspired by copper lithographs, imaginary friends, and Italian horror movie posters from the 70’s. The backgrounds, although hardly recognizable, are shot in a multitude of places that our travels have taken us in the past year, from Tromsø in Norway, to Incheon in South Korea, to the Mojave Desert in California.”

I don’t think I’d mind the impending apocalypse so much if it meant we would all end up as adorable panda-human hybrids. 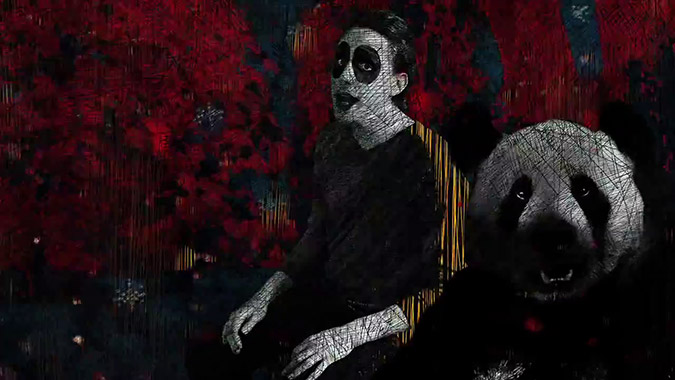