Frengers
Published in in English on Dec 5, 2015 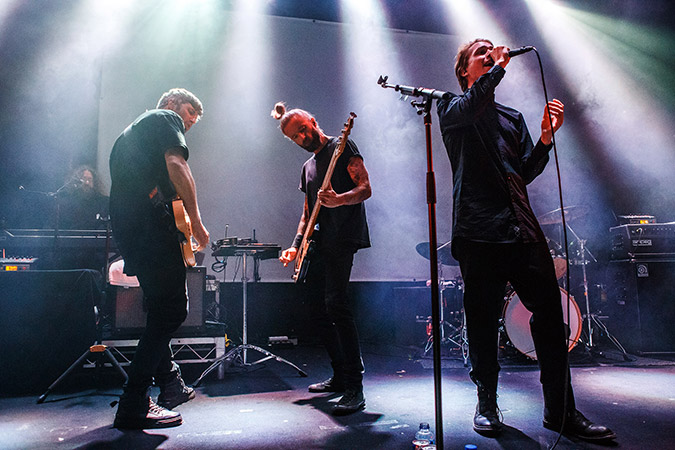 Halcyon Drive arrived on stage as relative strangers to a still-growing crowd, but there’s a lot to be said for what quick turnaround their was in converting the early attendees. The Melbourne trio worked their way around what was quite the busy set-up – a drummer moving between a trigger pad and a unique drum kit set-up, a bassist also incorporating keys and synths – while playing a mix of radio-friendly indie-pop and skewiff math-rock that was at once engaging, accessible and smart. No doubt they made quite the impression on those seeking out their spots early.

Solkyri are one of the most intriguing up-and-coming acts in Australia’s blossoming post-rock scene. The Sydney quartet prefer to let their intrinsically-layered and slow-building soundscapes speak for themselves, with minimal banter interrupting the flow. It worked brilliantly in their favour, using their relatively-short time on stage to full effect as they scaled up and tore down each voyage through warm, cavernous reverb and wave-crashing drums. It might not have seemed an immediately-obvious fit to go along with a show of this nature, but Solkyri deserve full commendation for playing it straight and not compromising – it garnered a lot of respect.

After over twenty years as a band, many – even the devotees of Mewstralia – had given up hope that they would ever see Mew performing live in Australia. Without a word of warning, the news dropped in mid-August. At long last, Mew. It still didn’t quite set in, of course. Even with the tour announced, the tickets bought, the entry gained and the stage set up for their imminent arrival, it still didn’t feel real. A clever ruse, surely. The greatest trick that the devil ever pulled. That’s when the lights dimmed and the familiar strains of Witness began. At long last, Mew. The dream-pop darlings that had served as such a huge part of the lives of so many in attendance. It was finally happening.

Once the reality of the situation was settled, it was on to bigger, brighter and better things. Bigger: The huge one-two of Special and The Zookeeper’s Boy, songs that no doubt served as an introduction to many that would go on to identify as frengers. Brighter: The stunning visuals that came with many of the show’s highlights; ranging from the spacious and subtle to the wonderfully-weird. Better: A rare stripped-back moment with Jonas Bjerre and long-serving touring keyboardist “Dr.” Nick Watts. A brief but memorable piano medley took us through Clinging to a Bad Dream, a reprise of The Zookeeper’s Boy and the outro of Louise Louisa. It was when Bjerre held out the microphone to let the incredibly-patient Sydney fans sing the “Are you/My lady, are you” refrain that he seemed to realise what it is that he and the rest of the band had been missing out on this entire time. It was an undeniable connection; a dimly-lit epiphany that made the room spin and swoon.

Of course, there were always going to be songs that were left out that fans would have been hoping for (this writer in particular would have killed for Beach or Why Are You Looking Grave?). It was also a shame that former guitarist Bo Madsen was not around to see what had been waiting for his band for so many years. Even so, when you’re lost in the moment of a joyous Am I Wry? No or fighting back tears watching a stunning Comforting Sounds unfold, things like that don’t matter. It actually happened. It finally happened. At long last, Mew. 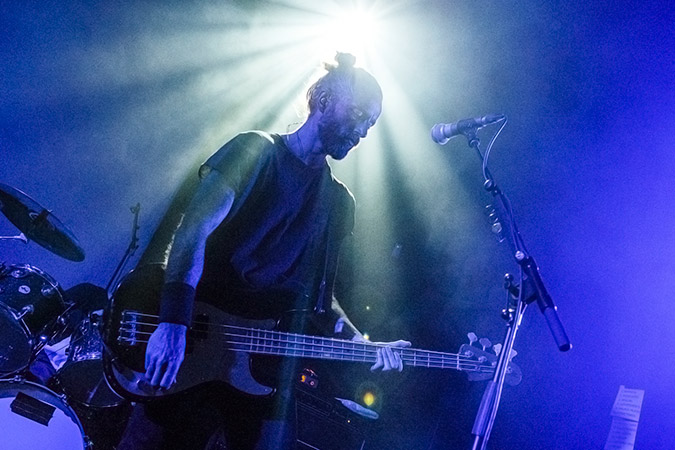