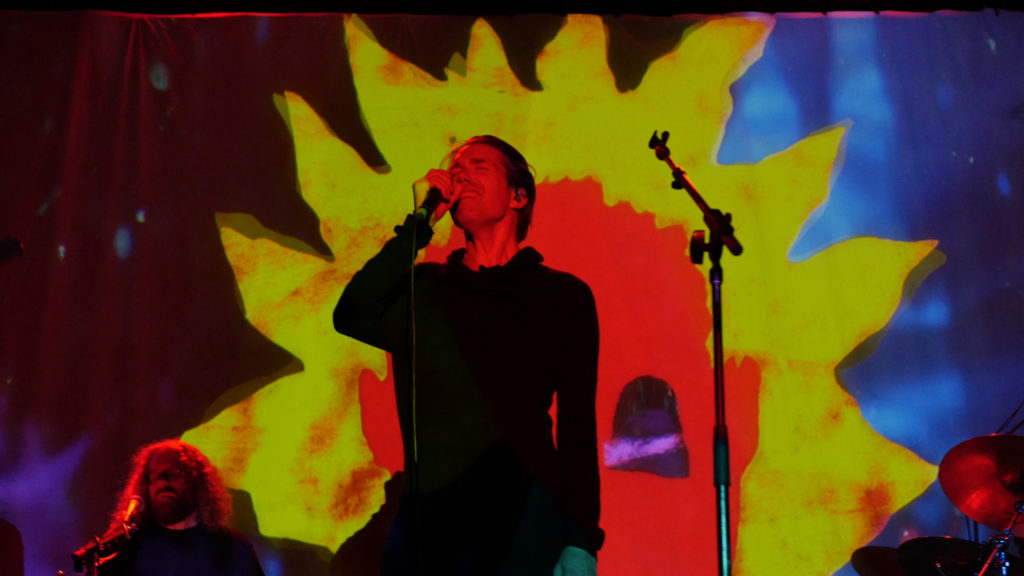 Mew is something more than a favorite band to me. Mew was the soundtrack during some of my most influential, chaotic, and life changing years. I listen to Mew and I feel nostalgic, happy, and sad all at once. I have more Mew plays in Apple Music then any other artist by far. I know I’ve seriously annoyed quite a few people with the amount of times I’ve suggested or played Mew when I was the party DJ.

I frequent forums and travel across countries just to see or hear all things Mew, so it’s a understatement to say I love this band. The one time I missed them on their “+ -” tour, a friend with a mutual love for Mew flew out to Denver to see them. With Bo Madsen (one of my favorite parts about Mew) out, I needed to know everything about the show. What did they play? How did they sound without Bo? Did they play Rows? Are they aging gracefully? What is Mew without Bo? After I vomited all that anxiety out my friend just kind of smiled and shook his head and said “Dude, Mew was Mew.”

Flash forward a couple years and months later and I agree with the MewX curators to put a review and photos together for Mews show at the Bluebird Theater in Denver. I was able to organize a 10 day trip from Florida to Denver to see Mew, catch the eclipse, and spend the rest of my time backpacking across Glacier National Park in Montana. Pretty much the best trip ever! but… Would I have time to really enjoy and soak up the show with all the other amazing things going on? Do I really want to worry about taking photos instead of being present for my all-time favorite band? Do I have time to turn-around photos and a review within the 3 days as I had agreed to?… Well, yes and no.

I purchased 4 tickets to the show. I was kind of my forcing my girlfriend and 2 other friends to go to the show. They were mostly with us for the backpacking part of the trip. My girlfriend doesn’t really share the enthusiasm for Mew that I have even though I had once convinced her to do a Mew cover. I also brought along 2 other friends who unfamiliar with Mew asked me which album they should listen to before the show? I suggested that maybe they should just listen to them for the first time live and so that’s what they did.

We arrived 20 minutes before MONAKR went on. I was a little too distracted and excited to really form any opinion on MONAKR. I was too busy thinking about how I could to take these photos while dancing and singing. How should I take notes? How do I take this abstract experience and make it a analytical one? I know everything I say to anyone reading this review will just be preaching to the choir. I love Mew and if you’re reading this chances are you love Mew too.

At the end of the day I decided the best way to capture the photos and still enjoy myself was to just film parts of the show in 4k and then pull high quality stills from the video, that way I didn’t have to worry about the constant changing exposures. I didn’t really have to think that much about the camera at all. What’s really funny is now I have all this really high quality footage of my favorite band but it’s all the filler stuff since I would record the parts just before the grandiose moments and then turn the camera off, so you would see these huge Mew moments building and building and right before the peak, the clip just ends 🙂 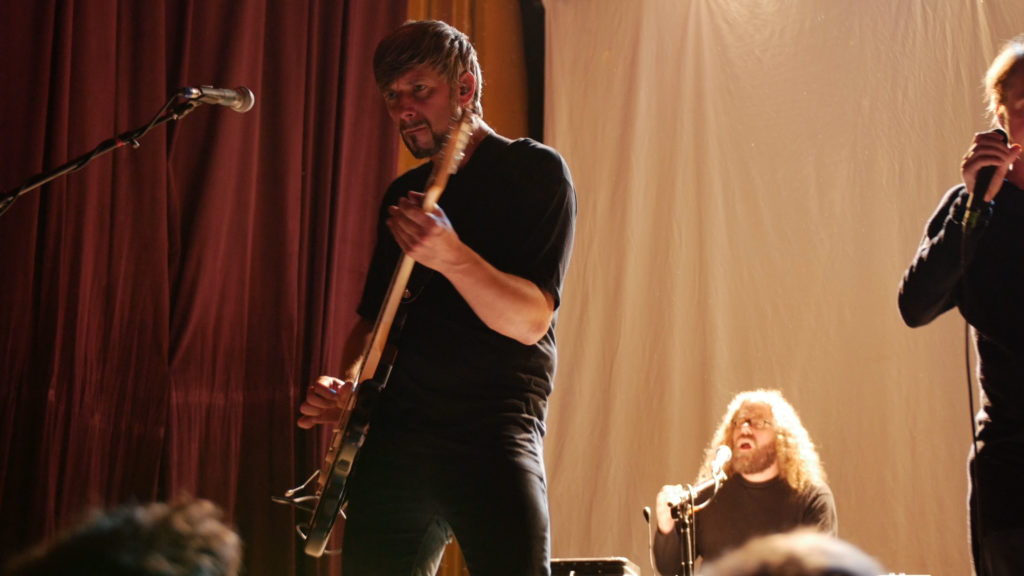 After the show we bee lined it to Montana. I had no service and no words for MewX. I was way past the deadline and feeling a little bummed that I couldn’t give anything back to the band that had given me so much. As I started to pull stills from the video my friends watching began chiming in with their experience. The stuff they were saying was untainted and honest compared to the predictable praises I had going on in my head; it was way more fulfilling to hear what they had to say about Mew.

My friend who had never heard of Mew before the show said, “Well, I guess I’m a Mew fan now.” My girlfriend said, “Hey they played the song you had me cover, did you hear me singing along?”

“Mew and everyone in the crowd look like the nicest people ever.”
“How do they sound like that? They sounded perfect.”
“Those guys are masters of their craft.”
“That bass player was really going for it.” 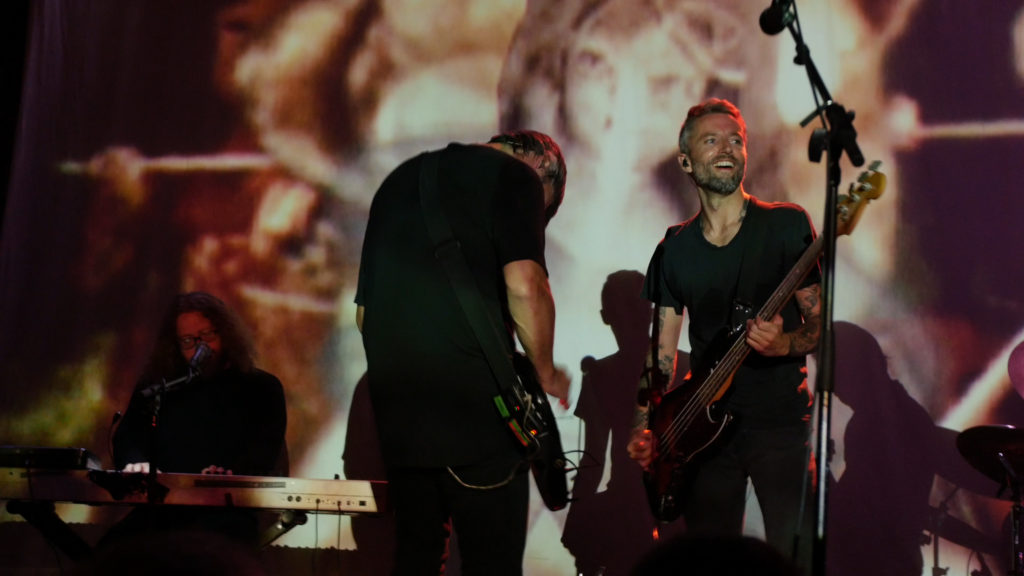 Then my girlfriend said, “The singer looks so cute and sweet, there is just something about him… Like, he looks like an alien or he’s on some good drugs or something?” and then almost in unison my girlfriend and friends said “No. Not drugs, he looks euphoric!” She elaborated, “He looks like he was feeling the way we all felt and the experience had felt euphoric and otherworldly to all of us. He was there with all of us.” 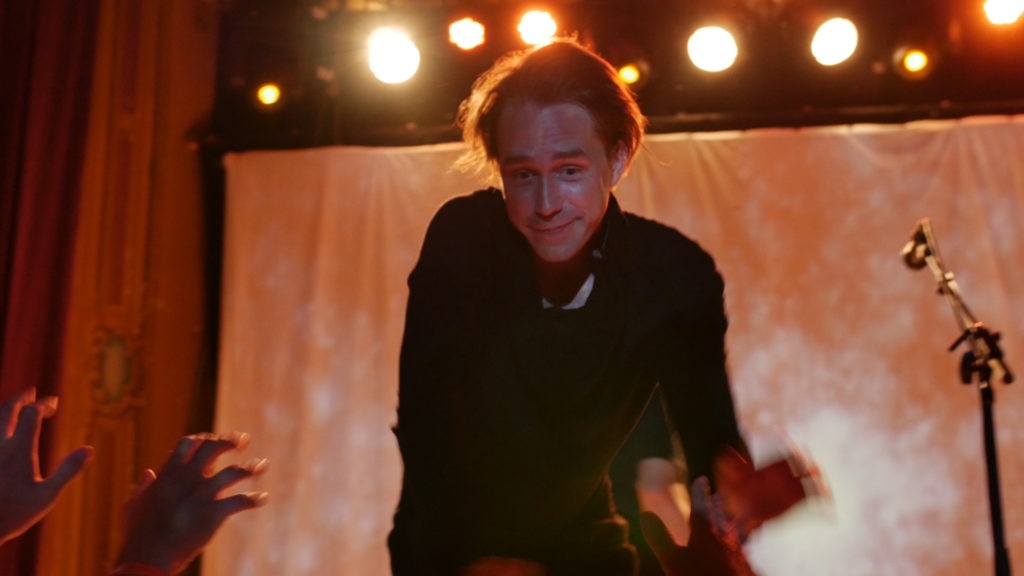 Oh, and also my personal favorite was when my girlfriend said “Did you see the guy on the keyboard? He was like a mad doctor back there or something.”

So with all that said my review for the Denver show is this.. Mew is still Mew 🙂 If you know Mew you know what you’re getting.