Tero Heikkinen
Finland
Published in in English on Jan 8, 2010 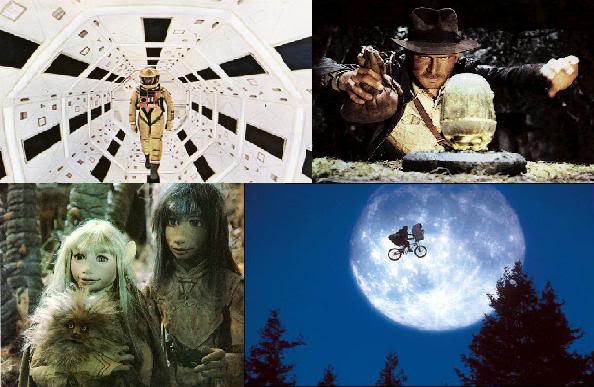 “Snakes. Why’d it have to be snakes?”

The dawn of man, a mysterious monolith buried on the moon, a quest to solve the mystery, a self-thinking computer going berserk… Stanley Kubrick’s unique masterpiece is as slow-moving as movies can be and it may not be for all tastes. It’s still the only science fiction film that is about ‘everything’. You will be challenged. It probably raises more questions than it answers to. State of the art visual effects that never cease to amaze.

Steven Spielberg, George Lucas, Harrison Ford. With the latest installment in Indiana Jones adventures, we know now that with this aforementioned trio you can miss, but Raiders of the Lost Ark is – and probably always will be – the best adventure film of all time. No need for plot details here – you know it, you’ve seen it.

A 1000 years ago the Dark Crystal was damaged and an age of chaos began. If the Crystal is not healed, the control of the evil Skekses will last forever. The orphan Jen must embark on a dangerous quest to restore order on the planet. Not for the youngest viewers, The Dark Crystal seems to be the most influential movie for Jonas’ own artistic imagery. The author of The Lord of the Rings, J.R.R. Tolkien would have loved this.

The most beloved Spielberg film here. Despite being about a friendship between a boy and an alien, it is Spielberg’s most personal project. It’s about his own childhood. He grew up in a suburb like in this film, his parents separated and he lived in a fantasy world of his own… Add John Williams’ magnificent (and majestic) score and you’ll have a family film at its best. Get some tissue, you will cry.