Tero Heikkinen
Finland
Published in in English on Jul 27, 2010

Yes, we know. We’re sorry for being away for so long. This website is not going anywhere, it’s just been very quiet out there. Now, here’s our review of the most recent Mew-show…

The UK hasn’t always been that kind to Mew. From support slots with Elbow for the half-attention of tenth-full rooms, to technical malfunctions at V Festival through to heaving toilet venues back in 2005; reliably sold out, but at a peak, you felt. 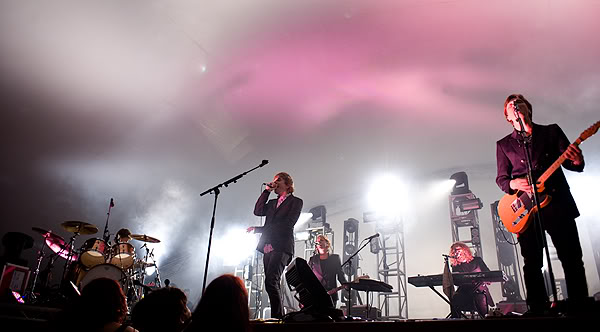 Rolling up at Truck Festival then, to play a heavily-billed headline slot at a village fête masquerading as a festival (or vice versa – manufactured, sure, but in a nice way, I think) can only really be described as surreal. The cult is now a fieldful. Or maybe that’s a pretty good definition of a cult.

It’s not an easy task following 65daysofstatic, you know. 65 don’t PLAY bad shows. It’s just not an option. Tiger Girl in particular is dizzying. But Mew don’t swing that way; comparisons are pointless. Instead, with backdrops absent and the light show cranked up to obnoxious disco proportions to compensate, we get a jerky, raw Mew performance. It certainly doesn’t feel like a headline slot; it just lacks the necessary grandeur. In a way, that’s where they win. A club show out of doors.

I’m down the front and a few people are annoyed that you can’t really hear Jonas’s vocals properly save for the quiet bits (although there are a good few of those – dynamics, I think it’s called); for a second I’m more pissed off that you can’t hear Nick’s keyboard lines either, but then something lovely happens, like it did at Roskilde last summer. Analysing the mix is not what people, for the most part, are here to do. The songs are the songs and tonight they feel wistful without being nostalgic, stripped back (whether by PA accidents or by design) to the rawest forms without losing the necessary layers. Analysis? Go hang. This is a time for dancing. I’ve never seen a British crowd so involved in a Mew show, and that counts for more than a lot. 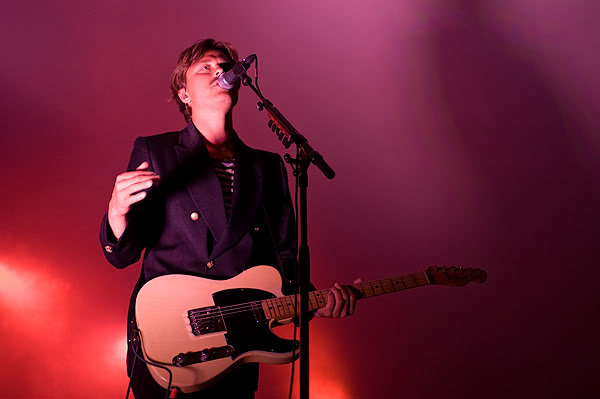 If anything needs the analysis, it’s the setlist, which is pretty much the same as at Shepherd’s Bush Empire nine months ago, and entirely lacking the new numbers doled out at other summer shows (Tricks of the Trade and Cartoons and Macramé Wounds aren’t here, which is beyond a shame). It’s mostly standard, unimaginative, save for the boldness of the opening Reprise which for the first time, for me, works unequivocally and finds its way over its own inherent corniness to be genuinely moving.

But when Snow Brigade is a mess of noise, the lights during Shelter (= Circuitry of the Wolf) are a stunning, jolting series of silhouettes, there’s a quiet couple in front of me singing quite literally every last word (including “Celebrate el sueño” during Sometimes Life Isn’t Easy – that was sort of a final test), and when Comforting Sounds is this deeply perfect… These are all GOOD things. We can all now get on with the serious business of missing them, now they’re back to being perenially not here. 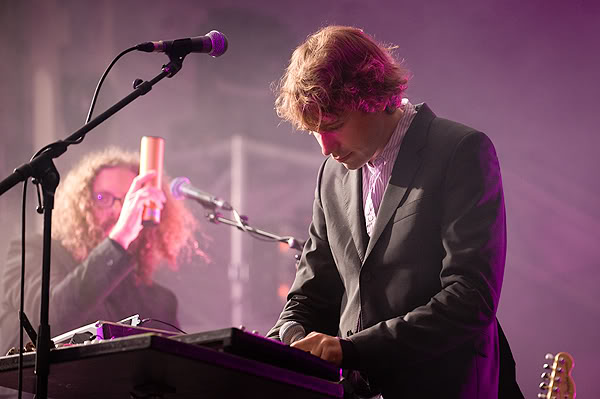