Mew is one of those bands that can step up on the stage and get everybody to turn their focus towards them. Nobody at the back of the crowd is small talking. Nobody looks at their smartphones – except me – for I had to take some notes. They capture everybody from first to last number and that’s a lot of numbers in a near 2-hour set. Keeping the tension and focus for two hours is not something many bands can brag about.

Before going to the show I listened to all the old albums from A Triumph For Man to No More Stories, and every time I dive back into Mew, it amazes me how much great material they’ve got. Every track got something to it, which separates it from all the others. Something that makes almost every single track stand out from the rest in some way. I’ve seen Mew in November 2010, and from what I can remember, that was one of the best concerts I have ever attended.

All this resulted in sky-high expectations.

And to sum up – they were more than met.

My first requirement when attending a concert is that I want something more than the albums can offer. The band gave me more. A lot of the songs were adjusted for live performance with several solos and breaks added where they were needed. A great example was Symmetry which was stripped down to only piano and Jonas Bjerre’s vocals. It appeared as a calm intermission in the middle of the set.

Besides the sound, the light show with only white light worked very well, even when you are used to Jonas’ regular visual setup when attending Mew concerts. The lighting show gave room to focus on Silas Graae who certainly is one of the best drummers I have ever seen, Bo Madsen who is exactly what a lead guitarist needs to be, Johan Wohlert who has been more than missed, and of course Jonas who is the only lead singer I know that can get the crowd flying, while standing still for almost an entire concert. It is without a doubt not a coincidence that they keep most of the spotlight on his face. He expresses so much fervour while singing. You get sucked into the show.

Mew has got so much experience and they are all so capable at what they do that they don’t have to pretend to be more or show off with long guitar, drum or bass solos. Their songs are an even mix of different aspects, just like their live show at Train divided the attention around all members quite equally.

Mew also has some kind of honesty about them. If it was any other band that went on stage with such different outfits, I would call it half-hearted, but when Silas wears his fine buttoned up white shirt, Johan his black t-shirt, Jonas his coat, and Bo his lumberjack shirt, it just seems honest. It’s who they are, and they have come to Train to give the audience everything they can offer.

Even though Train is one of Denmark’s biggest (intimate) venues, and it was filled to the breaking point, Train got some kind of amazing ability to make everyone feel like you are right where it vibrates. That, in co-operation with Mew in their talkative and intense mood, made a concert for over a thousand in the audience an intimate affair. 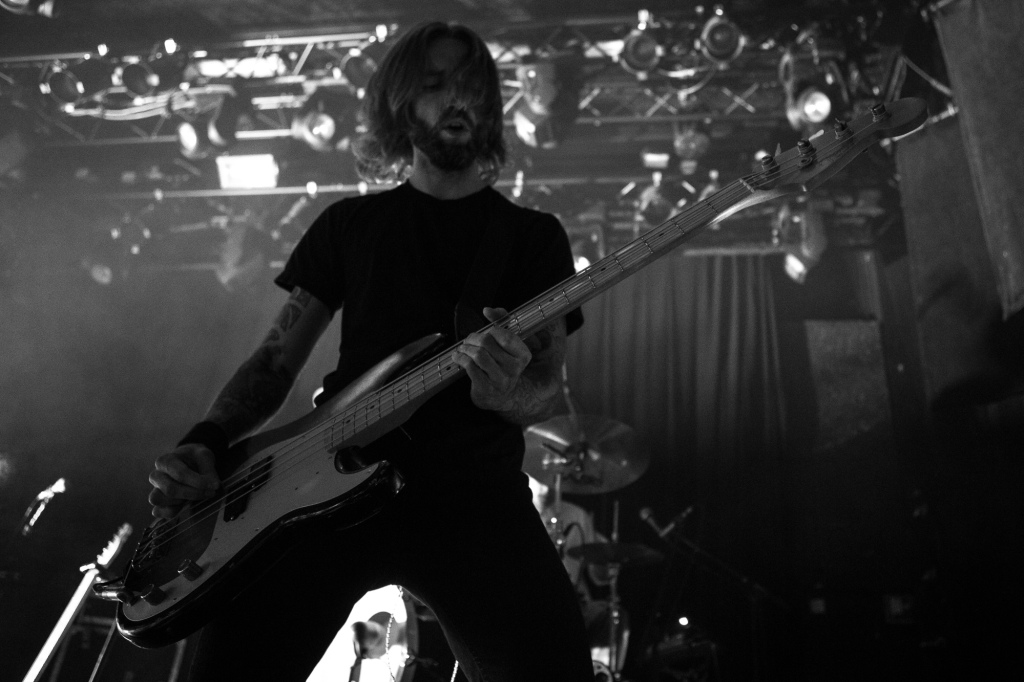 Finally I have to recommend buying their new album when it’s released in 2015, because some of the new songs are already some of my Mew favourites. For example My Complications… and to be a favourite in Mew’s repertoire says a lot.