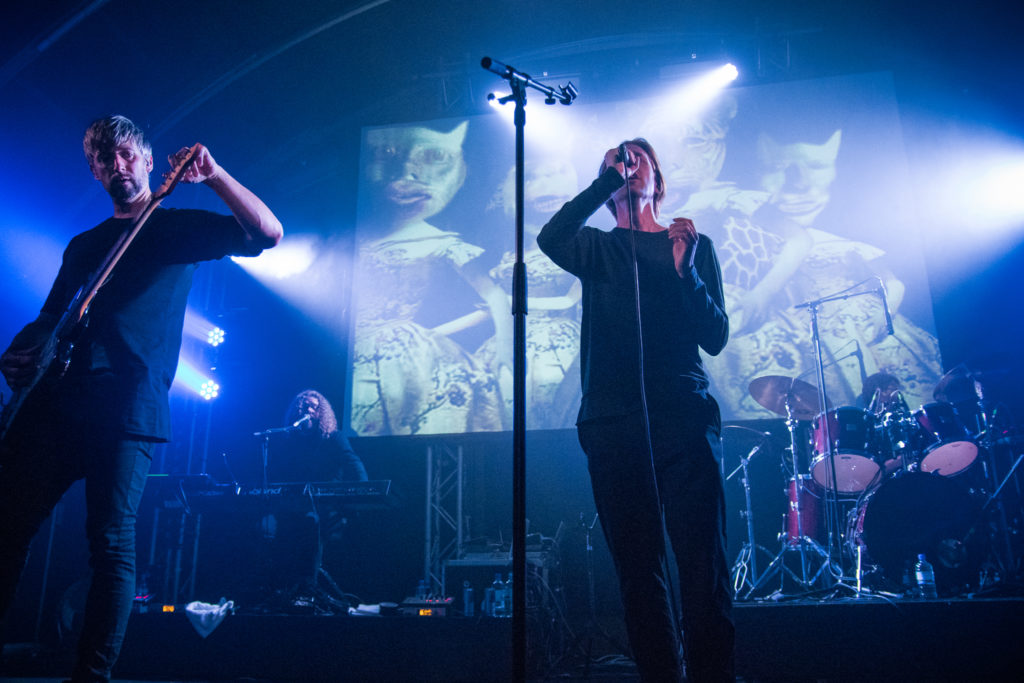 It is the kind of anxiety that feels heavy, like a coat that’s too big and scratchy when the air is suddenly very hot. I’m late for doors and slip inside the venue after riding in the car with my brother from my apartment in Red Hill. It is the kind of anxiety that can only be unstitched by the craft beers we order at the warehouse around the corner. I haven’t seen Mew live before and my attention span is crowding with anticipation. In the venue, I’m surrounded by Mew fans, or so I gather. I’m sipping cider and glancing at the people as they stand in little groups. Part of me is envious as my entire Mew experience has been solitary—apart from in the moments where, late at night in somebody’s car, I’ll say, “here’s a song for this piece of highway, my friends. Let’s turn the volume up for a little and talk later…” For all my seclusion, in the Triffid I somehow feel as though I am among family. I’m filled with a warmness—one perhaps captured by the Danish word hygge—for the friendships I imagine as I look around, friendships for whom Mew is more than a montage shared under streetlamps.

I think it was in 2007 when I discovered them late at night on Rage. I remember hearing The Zookeeper’s Boy and feeling the rush of the song’s moodiness gather in my stomach and manifest as a jolt of mania. I think I was 15 then and I didn’t have much money but I remember going to the store the next day and asking the man at the counter about the single. He had it in stock. I bought it and listened to it over and over. Not long afterwards I ordered And the Glass Handed Kites.

After two supporting acts—Brisbane’s own Aerials and Closure in Moscow—Mew is on the stage for the second time ever in this city. The crowd, as you’d imagine, goes wild and any remaining anxiety unstitches itself in the snare of the cider and the low-lit setting. The show begins with In a Better Place from the new album Visuals. It’s sweet and calming, welcoming in its familiarity of style, fresh in its newness. A lightshow of sorts characterises the background with an undulating display of the unearthly and uncanny imagery that is consistent with the bizarrely-haunting Mew-specific genre. I don’t know enough about music or enough about the world we live in to ascertain how but, as the show unfolds, it feels like it’s a painting of a piece of the world we live in—as seen from a spaceship or a planet outside of this galaxy. 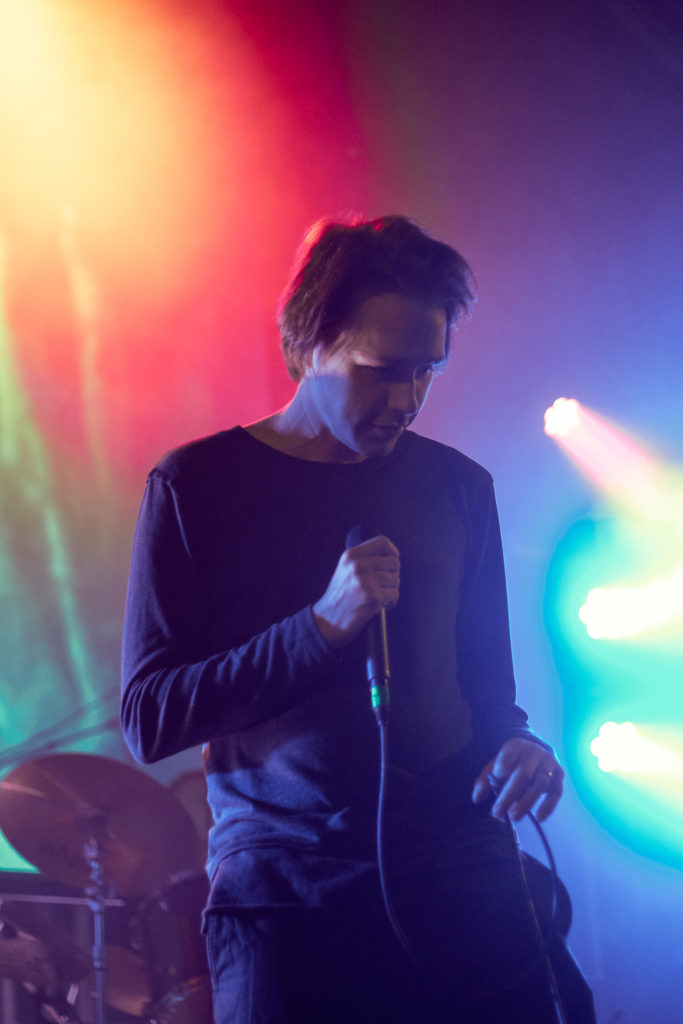 After the opening track, we’re taken back to 2005’s And the Glass Handed Kites. Special guides us effortlessly into The Zookeeper’s Boy, a transition that is as natural as the shift from evening to night, except that somehow all of Mew’s songs feel like they’re occurring during hours when the rest of the world is asleep. They’re on stage and they’re playing and we’re let for just a moment into their spaceship.

The first set closes on Carry Me to Safety. Fittingly, it’s the closing track to Visuals and is built from all the right chords to physically construct the hardest goodbye you can imagine. “Come, let’s wave to everyone,” Jonas Bjerre is saying to us, his voice still the same song of a storm bird it’s always been. “They came all this way to see us.” It’s like they’re going back to some far off planet. 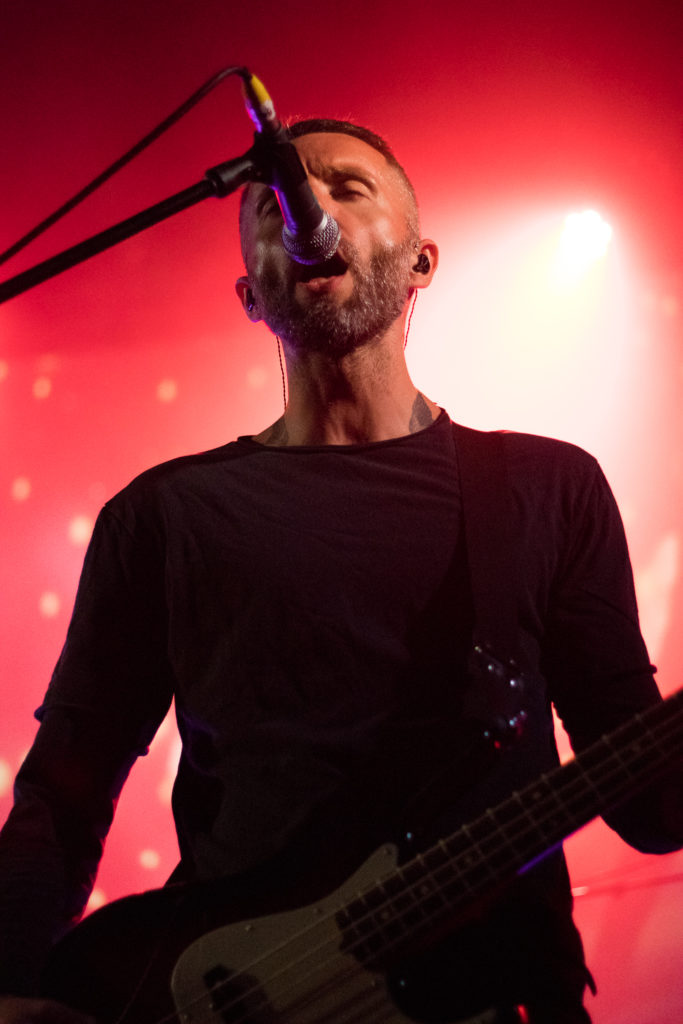 In its entirety, the show is comprised of five pieces from Visuals, four from Frengers, four from And the Glass Handed Kites and one each from No More Stories… and + —.

And they’re gone. But before the spaceship leaves our planet behind forever, it’s back. 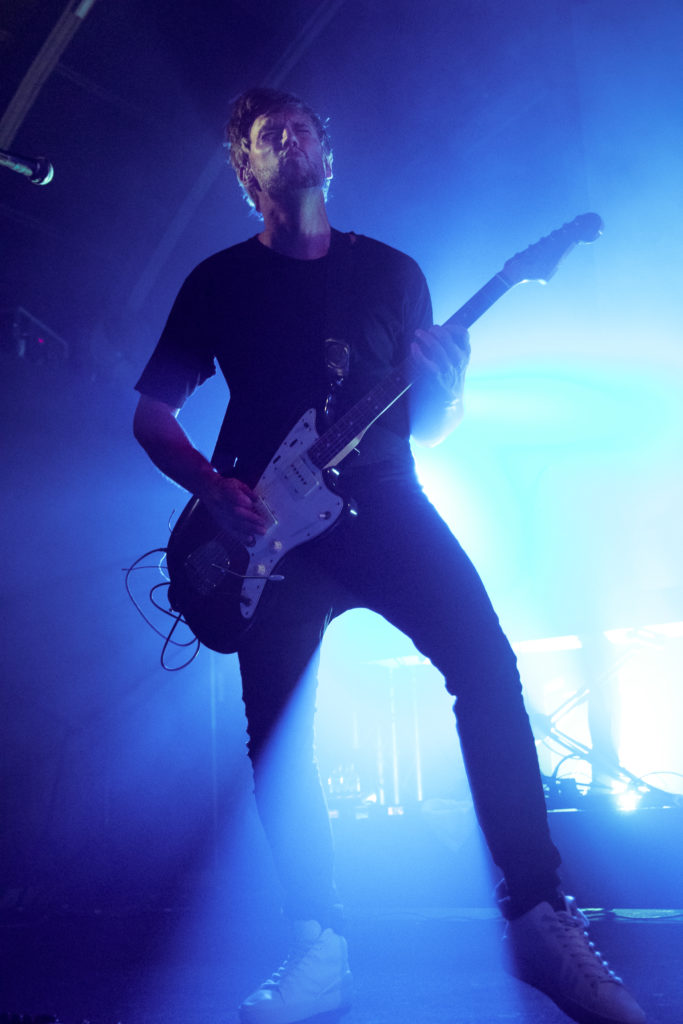 The set that closes on the final track of Visuals re-opens on Nothingness and No Regrets, the opening track of the same album. If Carry Me to Safety is the ominous lullabye that draws you into the nightmare, Nothingness and No Regrets is the part where the morning birds are outside your window and you start to wake up with the sun, realise it was all a dream, and return to your world much the same person as before you fell asleep, but not quite.

The song ends, the band leaves, and I leave too. 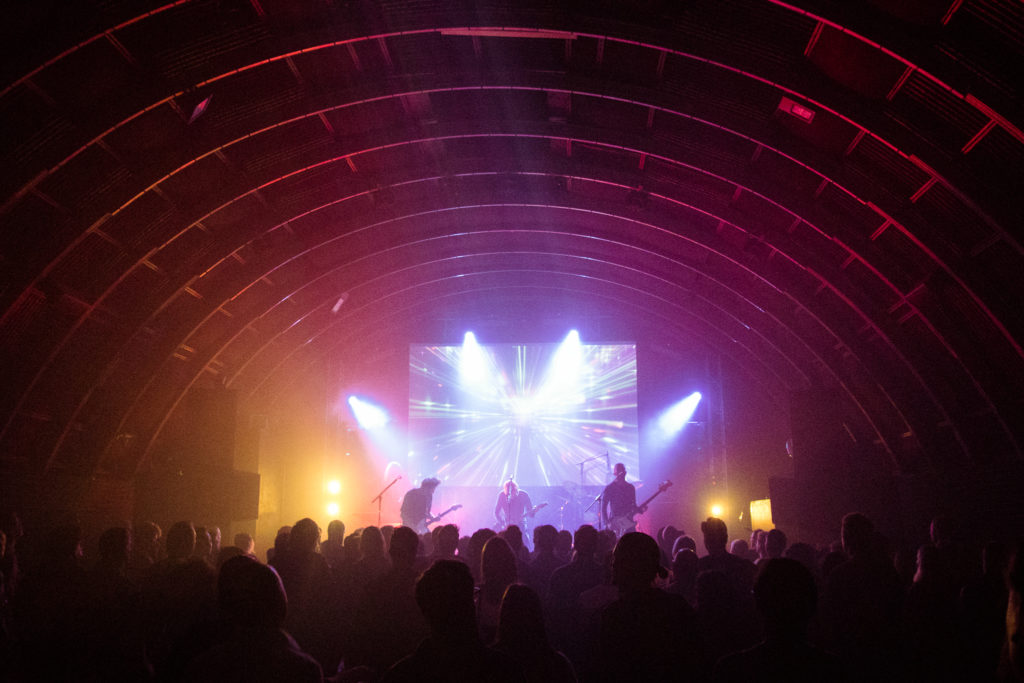 Setlist: The Triffid (Brisbane, QLD, Australia)
In a Better Place / Special / The Zookeeper’s Boy / Satellites / Candy Pieces All Smeared Out / Introducing Palace Players / Snow Brigade / Twist Quest / Apocalypso / Saviours of Jazz Ballet / Carry Me to Safety — Nothingness and No Regrets / Am I Wry? No / 156 / Comforting Sounds