Frederik Voss
Denmark
Published in in English on Nov 20, 2014 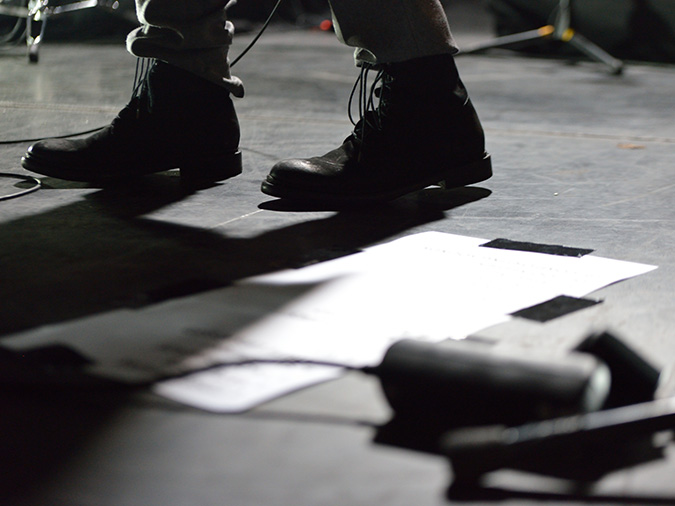 Going to a Mew concert these days has become much like participating in a lottery. They have started shuffling the songs of the setlists quite a bit. They have a back catalogue big enough to pull it off as well. When you leave out a single like Introducing Palace Players entirely off a Nordic tour, despite it being voted as the best single ever to be in heavy rotation at the biggest Danish radio channel P3, then you know you have a heavy arsenal of songs. Back to my lottery analogy…

I have never been lucky when it comes to gambling, and after seeing the whopping 123-minute setlist of the Tavastia gig I knew I probably wasn’t going to hit the jackpot this time around. I did not exactly hit it at Pumpehuset on November 13th, but I did have one more ticket left in the lottery: The final show of the tour at the 800 capacity venue Posten in Odense.

When we arrived 20 minutes before the doors opened (There was a highway accident, okay?) some 30 people were standing in line to get in. This seemed less intense than what I’d experienced at Pumpehuset a few days earlier, but I was not that surprised. After all this last gig was one of the few not to sell out on the tour.

The venue itself was broader than deep, which makes everyone seem close to the band. The venue, supported by the local brewery Albani, had no less than 3 beer stalls in the concert room besides a bigger bar in the entrance. I have never seen such an impressive amount of beer stalls per square meter. The best thing about this venue was the sound though, which I noticed as soon as they went on stage at 8 PM.

Without saying a single word they started playing Coffee Break as they did for most of the tour. At Posten as well as Pumpehuset this was one of my favorite things of the entire shows for more reasons. It is one of the songs from Triumph that immediately highlighted the more sombre side of Jonas Bjerre’s song writing, and the way he displays his big vocal register neatly aligned to the general development of the song is subtle but very powerful even today. The same could be said of the Bo Madsen’s guitar playing. The real thrill of listening to this song live in 2014 is that the live production sounds better than the recorded version. It made me think that Mew will never sound anything more like Cocteau Twins than they have done on this tour while playing Coffee Break (and that is a compliment!).

Then they played Satellites, which has become a more upbeat and rhythmically-varied song since they first played it in Bremen in the summer of 2012. During Snow Brigade Jonas would leave some of the singing in the chorus to the audience, which put a smile on his face. She Spider followed quickly after, and it was apparent that the audience of Posten would respond most positively to Frengers-era songs. A thing that made Johan Wohlert (and me!) giggle during this song was how much Nick Watts would move around stage with his guitar. It was a rare but enjoyable sight.

As also mentioned earlier here on MewX it seems the choices of venues have been taken for a trip down memory lane for Mew themselves. This was also the case when Johan would tell the audience that they had once slept in sleeping bags just above the stage, when they were on tour with the Danish alternative music programme on P3 Det elektriske barometer 15 years ago.

I have always been mesmerized by Silas Graae’s work on the snare drum bathed in reverb in the second verse of White Lips Kissed while Jonas reaches the very top of his register. This moment ended up being quite comical at Pumpehuset, when the reverb effect was exaggerated so badly that it stood out from the rest of the sound. This was absolutely no problem at Posten, where the reverb effect was perfect and I’d again get lost in the whiplashing snare effort of Silas. 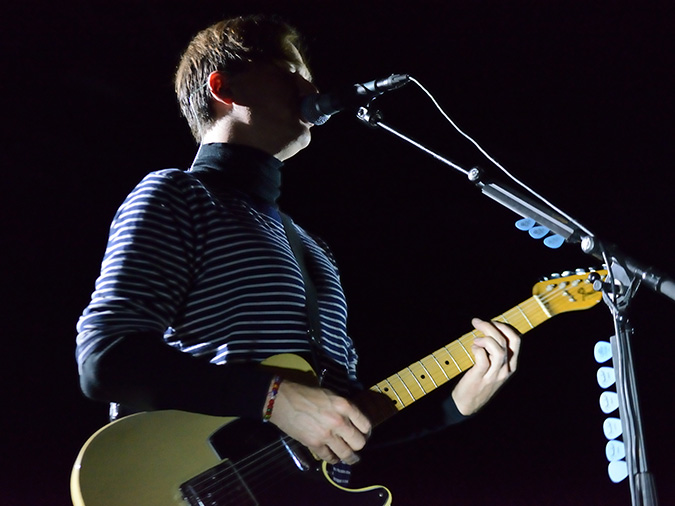 This night the old, much debated Wry/156-combo was back on the menu, which was exactly one of the big lottery questions this time around. Many Frengers will agree that they don’t need to have it anymore, and that it is very predictable that 156 will follow, when you hear the first notes of Am I Wry? No. I am one of those. What we geeky (yes, deal with it) Mew fans forget is that not everybody in the +500 crowds has watched Mew more than 10 times, which was to be seen by the crowd’s reaction at Posten as well. If I was one of the guys in Mew, Am I Wry? No would surely be one of the songs I’d always enjoy playing, besides it might be the very pinnacle of Mew. It is the one song I’d say describes Mew best at least.

In general I think Mew played more tight and better at Posten than Pumpehuset, so in terms of a musical experience Posten was my favorite of the two. At Posten on the other hand there was very little talking and interaction with the crowd, which is a thing I think is needed, when they took out the visuals and thereby the total experience a Mew gig used to be. As Johan did say in one of the few speeches of the show, they were all very tired from the touring at this point. It could be seen, though they clearly enjoyed themselves on the stage anyway.

In the last part of the gig before the encore most of the new songs were played. Tonight these songs were Waterslides, Medley, My Complications and Cross The River On Your Own (besides Satellites in the beginning of the show) leaving out Making Friends, Witness and Boy of what has been played of new material so far. Waterslides is the one most people will highlight due to its very catchy pop melody, but the two I enjoy the most are definitely My Complications and Cross The River On Your Own. The former of the two has evolved a bit since it was first played at Northside Festival this summer, now ending with a glorious sing along that brings to mind to the ending of The Zookeeper’s Boy. The way this song evolves into something entirely different than what it starts out to be, while still maintaining the idea of being a pop song – nobody does that as well as Mew. Cross The River On Your Own is not a pop song. It lets Mew work with dynamics going from intimately quiet with Bo’s guitar figure as the main attraction to one of those bombastic moments where it feels like Jonas cries his heart out, as we know it from White Lips Kissed and Cartoons and Macrame Wounds. After they finished Grizzly, as it is titled on the setlist, they went off stage, making the audience stomp the ground and cheering much more insistently for them to come back than had been the case at Pumpehuset. They did and finished off with the trio of Special/Zookeeper/Comforting which was the closer of all the Danish gigs on this tour.

The Mew tour is now over and as usual I’m left with a Mew implosion. The concerts, the Frengers, all the nostalgic memories of my teenage years and growing up once again stop having an outlet for some time – luckily we know Mew will be out with a new album soon (soon in Mew terms of course), and I will see them again at Roskilde Festival – hopefully with new visuals as the rumour has it.

Finally I’d like to wrap up my analogy. Did I win the jackpot of the Mew lottery at Posten? Well, no. I did not get to see Panda or Eight Flew Over. But it does not matter. What is so great about the Mew lottery is that it has no real losers, only less-winners. 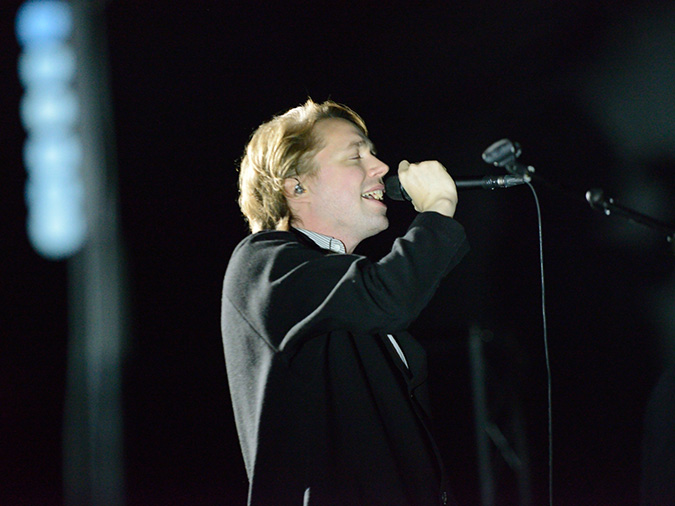