Tero Heikkinen
Finland
Published in in English on Dec 12, 2009

On Mew’s latest visit to the States, they made a return to the Windy City. One would think that Mew have grown quite familiar with the frengers of Chicago: this being their fourth show in the city since the No More Stories -era began. These dates consists of two support slots for Nine Inch Nails, the Pitchfork Music Festival last summer and this solo show. The venue chosen for this event was the Metro, a concert hall just down the street from the iconic Wrigley Field (baseball). The smaller size allowed for a more intimate experience, especially with the standing area being particularly wide. The layout along with a balcony allowed for a great opportunity to enjoy the band’s backdrops and lights. There were still a lot of tickets on sale hours before the show, but in the end it looked like it was pretty much sold out (capacity 1100). 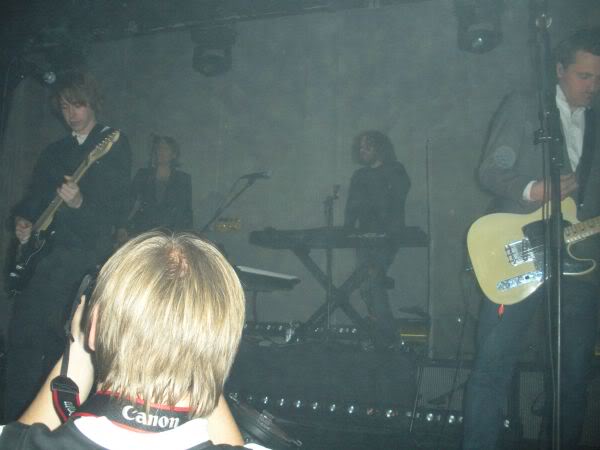 All the Day Holiday, the opening band, played an exciting supporting set. Their style could be described as pop punk mixed with a touch of art rock. Mew finally entered to begin the show. Bo Madsen was wearing a stylish grey jacket, Jonas Bjerre a buttoned sweater and Silas Graae had his signature white shirt with black suspenders. There was a balance between the number of songs from each of their last three albums. The set began with a block of four And the Glass Handed Kites -songs. Then it moved on to the usual Frengers -songs. The No More Stories -block began with Introducing Palace Players and went into an explosive Repeaterbeater. During the set, Bo used time between two songs to plug in his support for Barack Obama. He does not understand why the President has only a 50% approval rating when 100% of the girls in Europe would do him (!!!). Jonas also asked the audience if the band Chicago were really from Chicago and the crowd confirmed that they were. They closed their actual set with Snow Brigade. Although there was clapping to the beat at a few points during the show, the energy of the audience was typical of an indie rock concert: only the first few rows responding to the music with the others simply standing and staring. It’s a shame knowing that Mew make their music so exciting and danceable while their audiences tend to be so calm.

The encore was where the variety of Mew’s music really shined. The unexpectedness was cleverly used to take the audience on a roller coaster ride. Apocalypso faded into Saviours of Jazz Ballet, creating an explosive combination. The long version of Beach allowed Bo to show off his guitar skills that needed to be seen to believe. Bamse (also known as Bear) was a very beautiful, yet haunting addition to the show. To the surprise of many, Louise Louisa was the last song, taking the place of the expected Comforting Sounds. The sound quality of the performance was near perfect, with every detail of the instruments being able to be heard clear, especially Bo’s guitar.

Overall, the show was a dream come true for me, and everything I had hoped for. 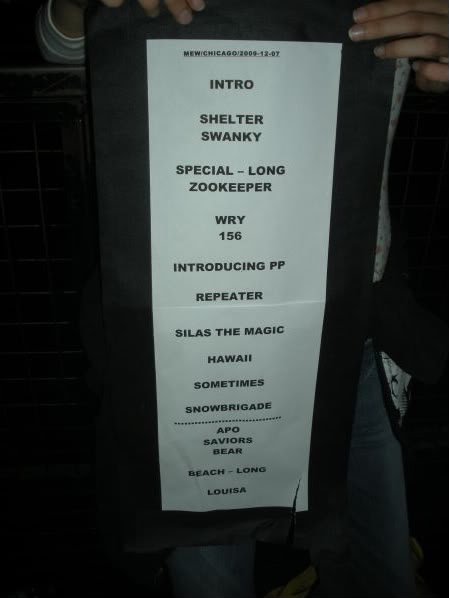