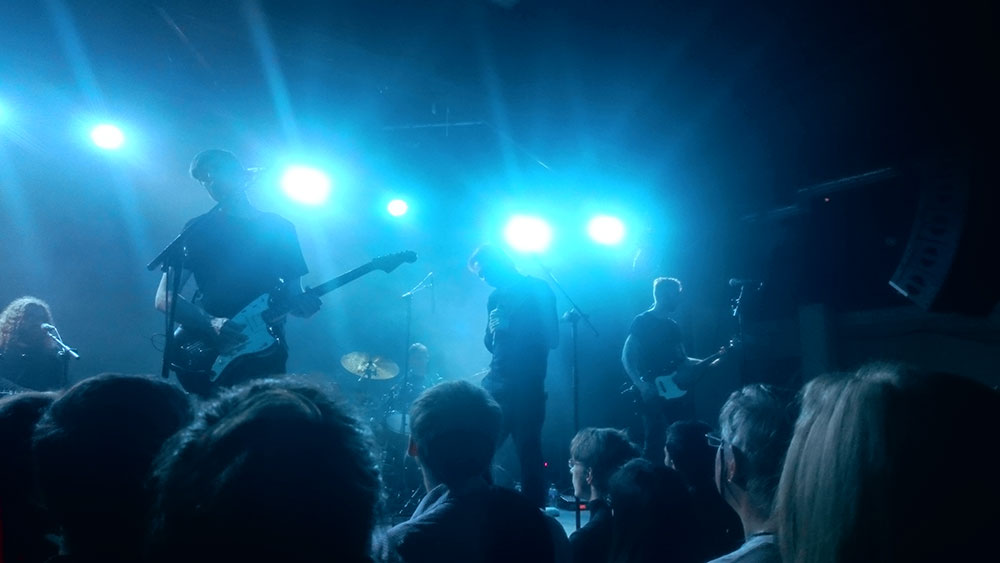 Mew at the Bristol Trinity Centre was a surreal experience for me. I have spent much of last night’s car journey home and this beautifully sunny morning trying to formulate a coherent train of thought as to what exactly happened. I have been following Mew’s music since I was around the age of fourteen and they’ve been a pretty big constant in my life since then. It’s one of the only defining things people seem to know about me right off the bat, “Keir’s a fanboy for that Danish band Mew.” My friendship group back at home are fairly alien to Mew’s music but every one of them are hyper aware of my passion for their music and there’s no doubt that I wear that passion on my sleeve. Whether it’s trying to change the music in a house party from something along the lines of noughties pop punk to the sickly sweet The Night Believer or by buying a copy of Visuals for my partner’s car so that she can learn all the words to the new album before the show.

Much like the experience of last night, it’s hard to explain what draws me to Mew exactly within their musical and artistic style. Animation has always been one of my biggest passions and something that I always wish I had pursued at a younger age. There is something about the abstract and (at times) almost haunting world of Mew that really sucks me in. I don’t think there’s another band in the world that I utterly adore as stylistically as I do Mew.

The Trinity Centre is a different type of venue to which I’ve seen Mew prior. It was a church in the past and looking at it from the outside, you would struggle to believe it was a concert venue as it exudes gothic style. Considering that, it was quite surprising to see how small the venue actually was when I got in, and I think this contributed heavily to how this show felt “different.” Of course, there are the new songs too that no doubt influenced that feeling. It was a fairly intimate feeling show with a pretty substantial crowd. Getting close to the stage was not a struggle at all, and as far as I could see, the rest of the crowd were just as eager to see Mew perform. I heard the occasional chit chatter of people discussing the new album and people exclaiming how excited they were to see Mew for the first time. Upon reflection, I begin to see how similar last night was to my first experience seeing the band live. In 2012, I was lucky enough to see them at the Bremen Theatre in Copenhagen with many other Frengers from all over the world. That too was a pretty small and intimate venue and I can remember clearly how excited I was to be seeing my favourite band for the first time. I even recall the person sitting to the right of me grabbing my hand when they saw the heavy mix of emotions I was going through.

Last night was a bit different. I’ve seen Mew perform many times in the years since I visited Copenhagen and I always look forward to seeing the same Frengers I met all those years ago. It’s always wonderful being a part of the community, especially as someone who can feel fairly introverted at times. I looked around for familiar faces at the Trinity Centre but alas, I found none.

The show itself was great as always. In a Better Place sounded fantastic live as the heavier use of guitars during the synth-led chorus really helped to make it feel fuller and grander. Jonas Bjerre’s backdrops also really propelled it into atmospheric greatness. It was great to hear Mew’s set list change quite heavily with the introduction of Visuals and it really had me giddy throughout. Unfortunately, they ran into some technical issues which forced them to stop twice, skipping over The Zookeeper’s Boy before the chorus really came into full kick. In a strange way though, my partner and I really enjoyed this minor “break.” Jonas told a funny story of one of his experiences in Bristol in the past and explained how he had wanted to be a stand-up comedian when he was younger. It was nice to see the band being so candid on stage and the crowd were really supportive when the band said that they had to take a break. It was the moments like these that made the show bizarrely more interesting to me; I’ve always seen the band as really down-to-earth and sometimes it’s nice to have that curtain of mystery drawn away. The band and the crowd singing happy birthday to Mads Wegner was always a really nice moment. The show was great despite the issues that Mew had to deal with, and the new songs really translate well to a live performance. If you get a chance to see them on this tour, you should definitely check them out. 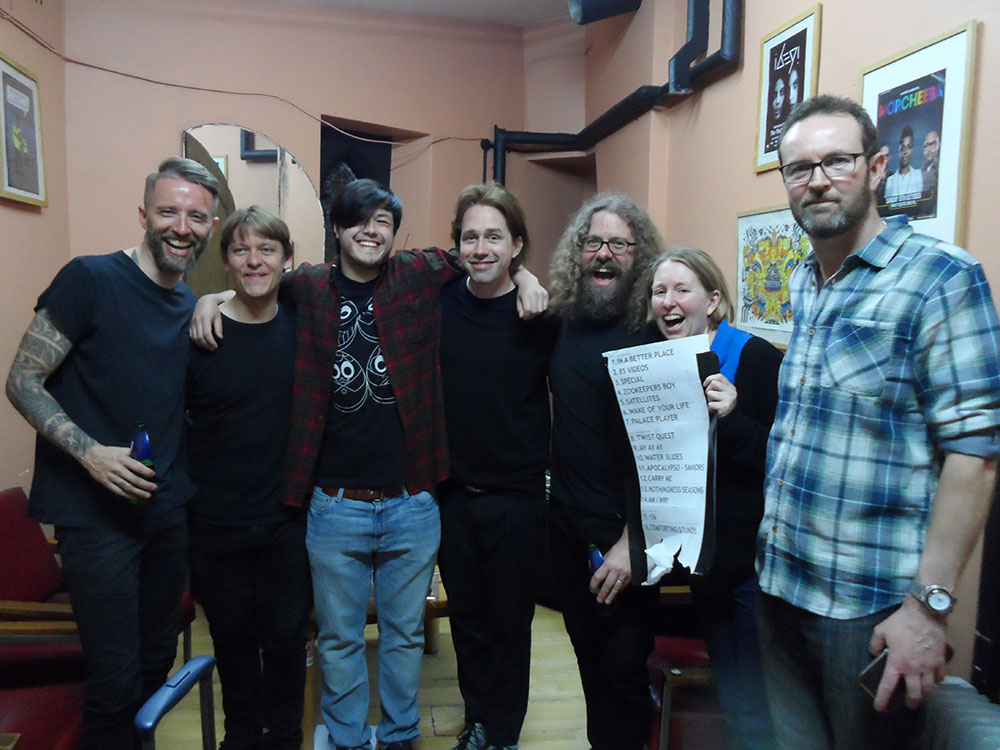 After the gig was over, my partner and I waited by the merch stand to be greeted by a member of Mew’s management. It was here that we met some new Frengers for the first time and I got that sense of community back. It was nice to be able to talk to everyone about their experiences with Mew’s music and how they came to be such big fans. Mew’s fan base is made of such a diverse crowd of people which is undoubtedly a valuable thing. Since the Bremen Theatre show, I like to think that I’ve grown a lot as a person. More confident, self-aware and independent. Not the overly-excited and nervous little boy I used to be. It’s fair to say that I was wrong in that estimation because as I was confronted with the whole band greeting me, I reverted back to that nervous little boy I was all those years ago. It was an absolutely surreal experience having these long-term heroes of my standing right before me, addressing me directly. I am very fortunate to have had my partner there with me to support me through such an emotional experience. The band were just as friendly as I had always imagined them to be. Johan Wohlert immediately noted my Mew eggs top with “Hey you’re wearing my shirt!” It helped to make me feel relaxed and I began asking them the most random of questions I could come up with. Everything I had prepared went out the window. I discussed animation with Jonas and found out some more details about how the kaleidoscopic imagery came to be whilst he reassured me constantly whenever I stressed how nervous I was. I spoke to Johan about the fan base and he stated how dedicated and great the fans are. We found out from Silas Graae and Nick Watts that they had brunch in a famous Bristol restaurant where one of my friends is the head chef (and had been working that day), just one of those really strange but lovely coincidences that makes you realise how small the world is. We even gave Silas a vegetarian recommendation on where to dine on the following day in Manchester if he had time. All the fans in attendance wished Mads another happy birthday as we left and said our goodbyes. I shook hands with all the members of the band because again, I don’t know how to act in social situations and Jonas gave me a hug. The little Mew fan who had just heard She Spider for the first time in the early 2000’s would never have imagined any of this happening in a million years.

Even writing all of this feels surreal to me and in a way, I feel like I’ve come full circle. All I can say is that I am truly grateful to Mew and the community that they have built around their music. I’ve made so many friends from all around the world and have been given so many wonderful opportunities such as visiting Copenhagen, meeting new people, being able to share my ramblings with all of you that read this and meeting my long-term heroes. None of it would have been possible without such a dedicated fan base and for that, I am truly grateful to have all of you to share this with. 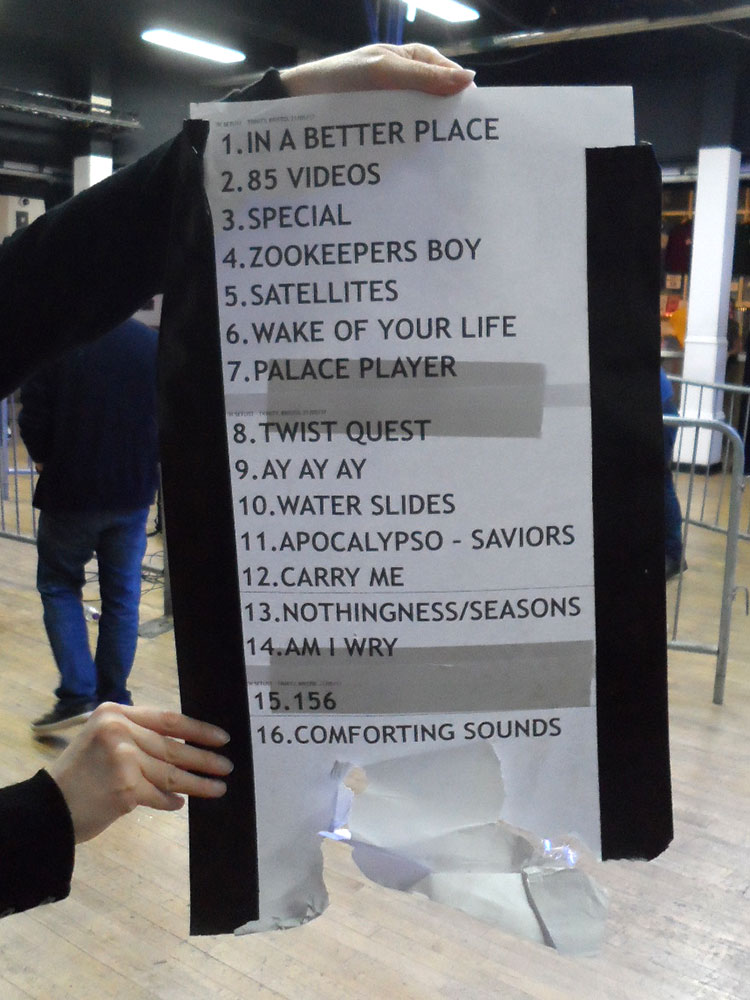