Tero Heikkinen
Finland
Published in in English on Apr 24, 2010

The 1977 science fiction masterpiece Close Encounters of the Third Kind has quite obviously inspired the new music videos, at least partially, no-one can deny that. Written and directed by Steven Spielberg, the classic film tells a story of a cable guy (Richard Dreyfuss) who is one of several people experiencing a close encounter. Soon he is haunted by a mountain-like image in his head and becomes obsessed with discovering what it represents.

The terminology (system classification) behind the three kinds of encounters was started by astronomer and UFO researcher J. Allen Hynek in 1972. More sub-types of close encounters were later added by others, but they are not universally accepted by ufologists. The following is just a theory of what could take place behind the most recent music videos of Mew. Feel free to comment your own views. 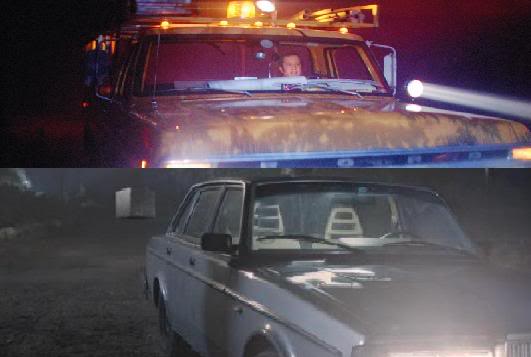 First encounter is a sighting of one or more unidentified flying objects and/or odd lights. These are aerial objects that are not known to human technology. This is when the visitors are merely collecting information from Earth. In the video we see these cubic objects recording nature in a world where human beings have very suddenly (and recently) disappeared… or have been abducted even. This video starts with a sound of wind – in fact, all three videos start like that. Sometimes it’s just a light calm breeze, sometimes a threatening heavy wind (especially in the end of Beach).

Second encounter is when we experience physical effects from the UFO. It can be radiation, crop circles, frightened animals or interference with our television/radio reception. It may also refer to one’s memory gap associated with a UFO encounter. What if Repeaterbeater is not really about hypnosis at all, but if Jonas, Bo and Silas are given certain frightening images to see? Just like Dreyfuss’s character suddenly becomes obsessed with imagery he can not quite comprehend. We later see animated versions of these three people. Maybe they are just how aliens see our species. Also, in this video we are to see how Mew would react to their own music during an unconscious state. In Close Encounters of the Third Kind music is the universal language. For us and for the visitors.

In the third encounter we make contact. There seems to be some sort of environmental message in these videos and while human-induced Global Warming is an imminent threat, the children are our future. Are these “militant” kids (recruited or carefully chosen by aliens) supposed to change things? Are they the last people on Earth even? At least we see equal amount of both sexes for reproduction. They have been taken to a shed, but we know something bright and scary is moving and roaring (humanoids in windy form?) outside. The aliens may have given them this device with what they can see the other planet (merely a copy of ours, so that the kids would relate to it better). Mother Nature crying seems to be just symbolic for the kids to see. The video seems to play with all four elements as well (earth, air, fire and water). Eye on the volcano… Illuminati (New World Order) perhaps? After the kids saw the images, they copied the volcano in this shed. We saw that in the beginning they were clean and all dirty in the end, but I don’t think it represents purity and innocence lost. I also don’t think that they kill themselves in the end, I don’t see the cult in this one. Maybe they just drug themselves as the aliens requested (there’s no reason to believe that beings from another world would be hostile). In the alternate version of the video, they cut out the scene where the kids are drinking the “beverage” and we see Jonas singing instead of the “all-seeing-eye”. The sound effects are more powerful, too. The video fits perfectly with the song, because Beach is a happy one with dark lyrics. 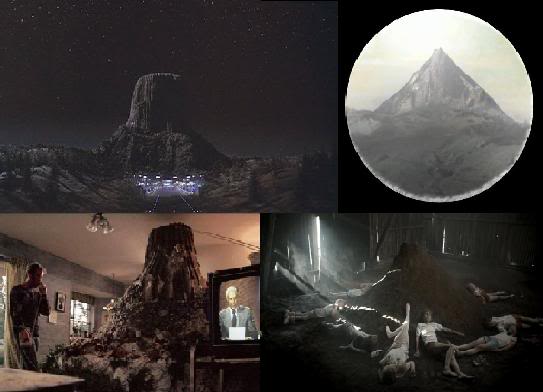 As we know, the kids and the location are the same as can be seen in the backdrop of Sometimes Life Isn’t Easy. Where does this lead to? Maybe nowhere…

Raises more questions than answers and it’s hard to really know what’s going on in these videos, but they are linked to each other somehow. Until the directors or Mew tell you the facts, it will just be speculation. It’s more than likely that they never start explaining the videos, though. They are supposed to be as cryptic as Mew’s music has always been. You decide.