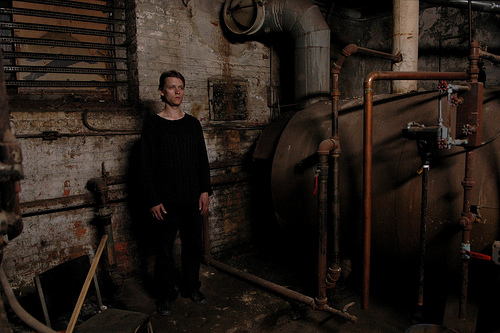 Dear frengers. What a great city this is! I have not had the chance to spend this much time here in New York before and I gotta tell you, it’s really grown on me. It’s been a busy month and a half and we still have quite a task in front of us, but things are developing as we planned and – sometimes – in ways we had never dreamed possible. The studio in Brooklyn is quite extraordinary, it is a playground full of wondrous musical instruments, their making spanning from the early 20th century to modern day.

Outside in the warm night, fireflies signal their secret language and I am buying Italian take-away on my way home from the studio where we have worked late into the evening. In the mornings I can sometimes hear the gospel choir of a nearby church, and in the afternoons the repetetive, monotonous melody of the ice cream vans, a melody I must have heard a hundred times, yet can never remember when I try to recall it in my head. There are too many commercials on television to watch television, and sometimes the train takes forever to come. The city never sleeps and it does its best to lure you into its sleeplessness. But you can’t let it. Because not sleeping will make you go crazy! Crazy I tells ya!