During Comforting Sounds, the man next to me shows his wife his raised arm, replete and complete with goosebumps and hair all stood up. This is Odense, February 2022, and in all respects, the few thousand of us who are the lucky ones tonight are alive, heightened – that’s what we have.

In sixteen years of coming to Denmark, I really should know more about the Danish language than this. But I don’t. I really should have seen more of the country than the capital city, a field near Roskilde, and some fleeting visits to Helsingør and Vejle. So I decide to try and remedy the latter, with the former remaining a low-level guilt. Undskyld, jeg kan ikke tale Dansk. But Aarhus and Odense, what ya got?

I am sorely unprepared for what I go through in Aarhus. A latent criticism of this band is that they have been there, done that, and continue to be there and to do so. They do not use the scope and depth of their discography enough. There are other songs, options that would help keep things fresh. Tonight, the range is apparent. Tonight, they do. 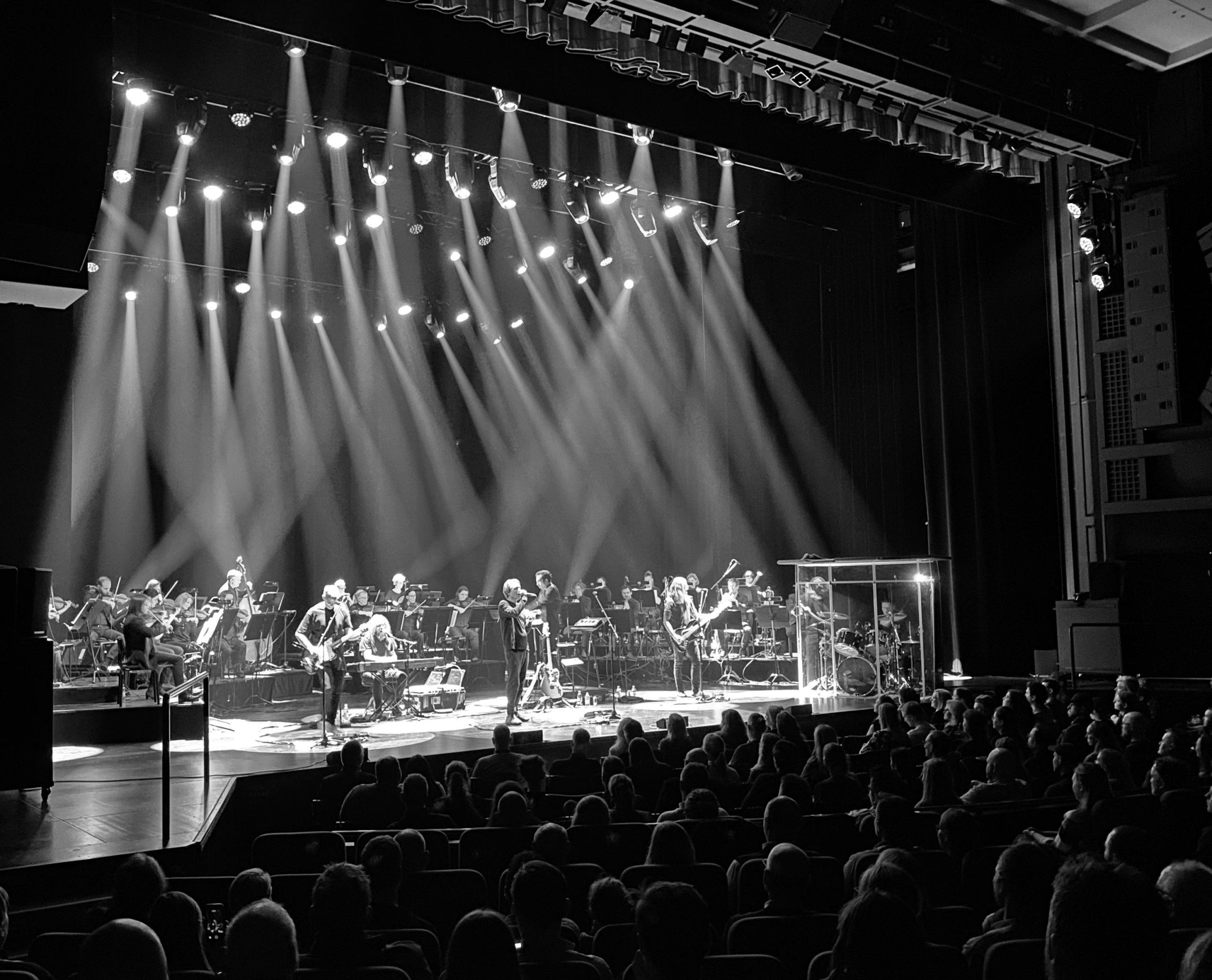 Some – most – of the orchestral arrangements are thrilling, refined, elevated. This is almost unspeakably grand, and why not have any excuse to relive the inner reaches of No More Stories? It’s a record that was worth being there for because of its density, because of how frustrating it is. It has demanded these past thirteen years to unpick it, and I had assumed that had been long left to the audience to do themselves. As it turns out, I was in need of a good crib. The opening bars of Tricks Of The Trade and Cartoons and Macramé Wounds are intimately known, but also difficult to instantly reconcile. Really? Right here? Right now? I thought I knew better when I assumed this was all history. I did not know better. I did not think of Cartoons as being up there with the greatest songs of this canon. Now I do.

The experience of this show borders on actively being too much. I feel like half a person, in a good way.

If Aarhus is a sleeting Saturday night Aalborg Jubilaeums and hotel bar blur of too many emotions and not enough wit to say what I want to say properly, Odense is crisp and clear. It is calm and still. What I hear in Odense cannot be misunderstood. It says that, if you’re really lucky enough to be able to do so, this is a tour worth seeing twice: once to be hit in the gut, and then once again to think about why that happened.

If geography, time and funds were all no object, I think I would like to pretend it is 2009, and that I am still buzzing with the energy of my early 20s, and to find a way to see this performance every available night (maybe minus Cross The River, however we all have what we say are our red lines. I say so too, but ultimately we all know I will compromise if that’s what it takes, because that’s part of what unconditional love is). But despite what I want to think, time is an obstacle these days. Age is somewhat more of a constraint. There are practicalities too. Too bad.

I had been waiting for these songs to be performed on this kind of a widescreen scale for most of my adult life. There’s no point being flowery. There’s no point getting poetic to avoid talking about home truths – I think that more of us should not deny the primacy of the fluctuations of mental health, and what is needed to achieve a living balance. Jonas’s voice being more fragile than usual at moments, right on the edge once or twice, seems like a nice metaphor. For a change, even if just for a while, shall we all just say what we mean, and mean what we say? Time doesn’t have to run out. It needn’t be like that. It needn’t be that way.

I mean that these shows will stay with me, and I mean that if there is still this, it feels like things will be fine, if only for now. And that is OK.

We’ve all been through the mill to a preternatural extent, and this hasty Danish trip is not an end to anything. I’m broken and tired on a Ryanair flight home as I tap this out, frowning that the internal rhythms of the sentences are not quite what I want. Nothing could feel less romantic than ruminating on flight number FR2675 – nothing could feel less like a fresh chapter. 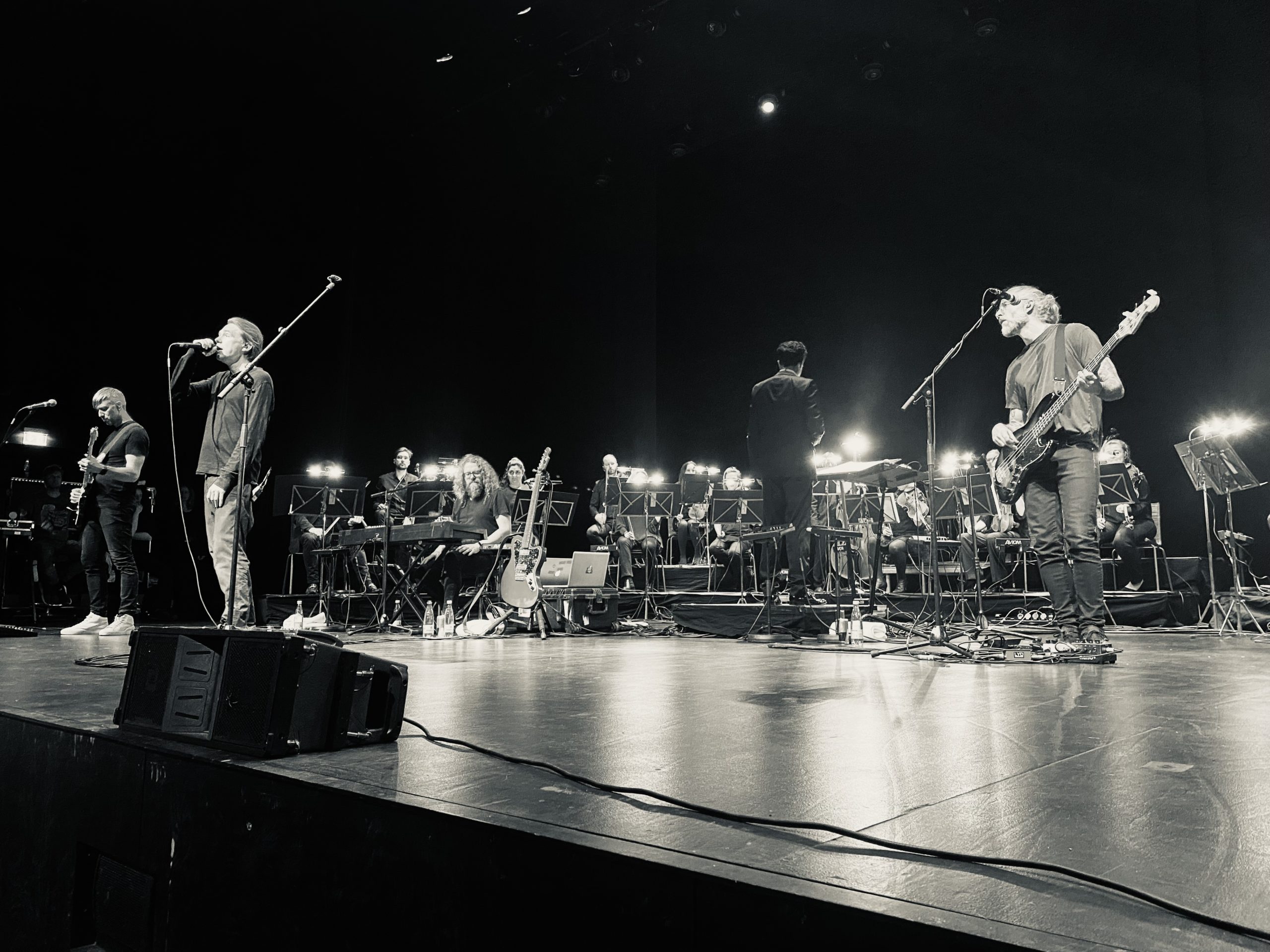 But if one thing is obvious from the past two years, apart from that revolution could again be a directly useful tool for us masses, it’s that we are collectively quite good at taking strength where we can. If the strength was already extant before the bad dream, then maybe it is redoubled now. Raise your arms, raise your hands, goosebumps and heightened hair.

If we can’t smell burning, if revolution and the direct power of the people to demand more from the Leviathan, is still apparently a little too much to ask, then at least it helps to have something to believe in. Find it, and go and fight for it. If you’ve already found it, fight harder.

Setlist (both shows): Nothingness and No Regrets / Tricks Of The Trade / Satellites / Special / The Zookeeper’s Boy / Cartoons and Macramé Wounds / Why Are You Looking Grave / In a Better Place / Sometimes Life Isn’t Easy / Cross The River Own Your Own / 156 / Carry Me To Safety / Comforting Sounds