Tero Heikkinen
Finland
Published in in English on Jun 15, 2009

Some of you may know that MewX was first established exactly three years ago and it’s been fun maintaining the site ever since. Most countries would type this day as 15/6, so obviously it was no coincidence back then. In the summer of 2006 MewX was in Finnish language only, but it was always planned to be an English site as well. After a few month’s gap last year, we got to upgrade the site to this current version and at that time it was clear that MewX had to be in Danish, too. Maybe we’ll add more languages in the future. 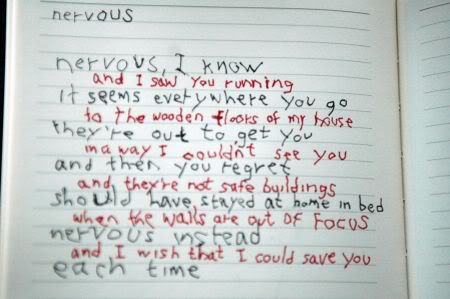 We deliberately didn’t write a news entry about the riddle that Bo Madsen posted on their MySpace-page. Mew have always been somewhat cryptic and we wanted you to solve this mystery yourselves. Now that it’s all public (announced on 15/6 at approx. 1:56pm CET), we can be happy that Mew are playing a very special – and “secret” – show in Copenhagen later this month (June 24th). Mew have played these secret showcases for fans with previous albums, so it was expected with No More Stories as well. Tickets (for Studio 1) are available from this link (just click on the poem) and they are priced… well… 156 DKR (plus fees).