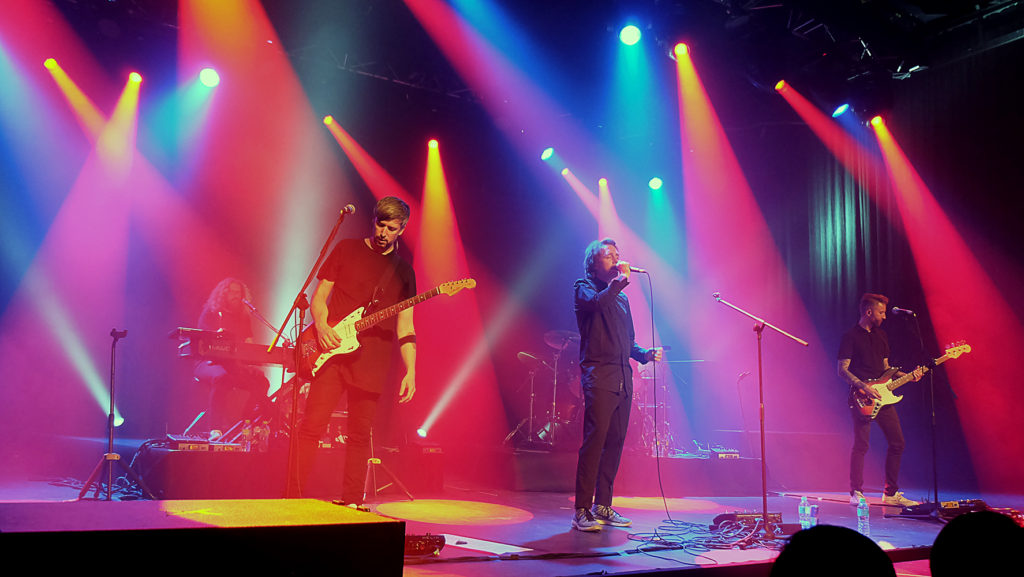 May 10, 2017 was the second time Mew came to Kuala Lumpur, Malaysia. The first time they came to Kuala Lumpur was for the same event, called “Urbanscapes” on October 31, 2013. It has been four years! I still remember how Frengers enthusiastically came that night. Gate opened at 7 pm, Lust (Malaysia) and The Trees And The Wild (Indonesia) came up to the stage first as the opening acts to warm up the audience through anticipation.

A long queue had formed, snaking its way from the entrance gate. Some faces looked familiar, because I thought I also saw them four years ago. While waiting for the show, I had a chit-chat with some Malaysian Frengers. Many of those have never listened of Visuals, because, well Visuals was released two weeks earlier. But it did not make them less enthusiastic to see Mew’s performance. Even many of those were actually super excited and looked forward to hear the new songs for the first time, live.

Lust had a great and also mesmerizing performance for around 30 minutes, and The Trees And The Wild continued for 45 minutes. Their songs successfully heated up the atmosphere with the magnificent sound. At exactly 10 o’clock, a spotlight appeared, beaming down to reveal drummer Silas Utke Graae Jørgensen, as the silence then pierced by an intense drum beat. Each band member took their places in turn on stage, each added a layer to what becomes a wall of sound. The opening tracks were In A Better Place and 85 Videos, both taken from their new record Visuals. Not many Frengers sang to the songs, but I saw many of them shaking their heads. In that moment, I also realized that the visual background for the song was actually a video clip of In A Better Place! So beautiful 😀 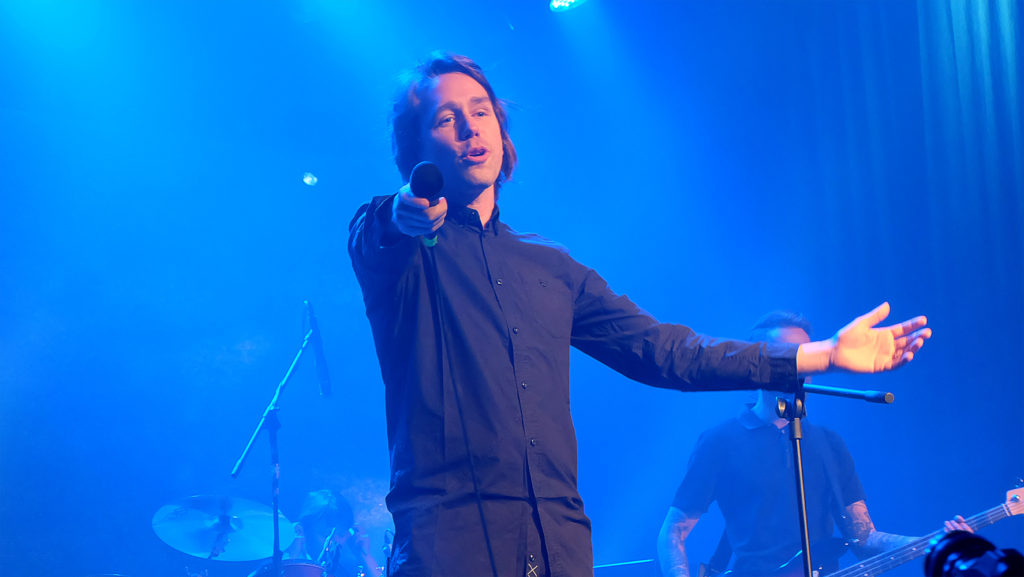 “Terima kasih, It’s amazing to be back here”, said Jonas Bjerre, greeting the audience. Several songs from the previous albums like And the Glass Handed Kites and + – were played and definitely thrilled the full-house venue that was filled with Frengers. Two new songs were played afterwards and these songs were the songs that I looked forward to, those were Twist Quest and Candy Pieces All Smeared Out. I can say that these songs have their own magnificent characteristics when played live. It would be a lie if Frengers did not sway and dance when listening to Twist Quest. And the sound of Candy Pieces… made the heart thump every time you hear it. This song (and some other songs in Visuals) is potential to be a movie soundtrack in my opinion.

Mew have a very clean, immaculate sound that translates well from their recordings to the stage, meaning there are no misconceptions as to their style or intricacies in arrangements. Their set list seemed to have been organised almost mathematically in to a pattern, as songs were played in pairs from each different album from their back catalogue, in an order that always returns to their new record in-between. Making Friends, Water Slides, Ay Ay Ay, Apocalypso – Saviours and last song played before the encore was Carry Me To Safety, which was best choice. And they played it so outstanding with beautiful video background. 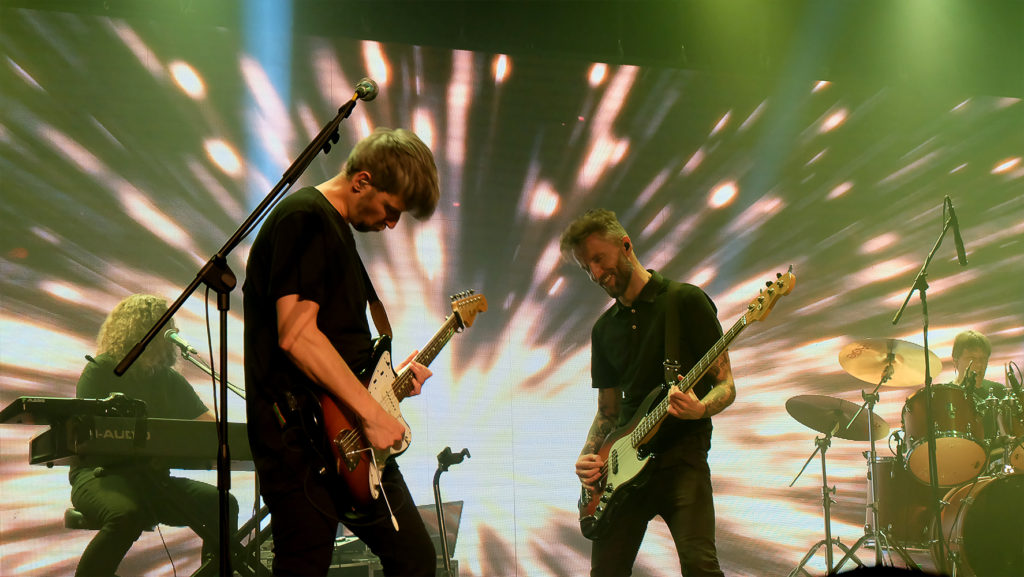 The encore consisted of the new song Nothingness and No Regrets, followed by Am I Wry? No, 156, but more importantly ended with the last track from Frengers. As the band build up the epic scale of Comforting Sounds, their ending becomes increasingly grand with firm conviction; a confident and powerful finish. Combining this resoluteness with their ethereal Scandinavian sound results in a very unique performance, which radiates the kind of warm feelings that you can only get from something that has come from far away where it is generally much colder. Long lasting Mew! Hope we could see you again in the next future 😉