Tero Heikkinen
Finland
Published in in English on Sep 28, 2009

Last week we saw the video premiere of Repeaterbeater and the reception has been marvellous. Some have called it the best music video of the year (so far) and certainly one of the best Mew have ever had. Its predecessor Introducing Palace Players was not quite as appreciated due to the lack of band members in it. You can’t really see their faces in 156 either, can you? The next one up – as we know – is Beach and it’s on its way, I swear. In fact, it will be online in one month from now, either late October or very early November – to celebrate the upcoming European tour. It will be a very peculiar video with children chanting on a beach and characters in weird costumes. 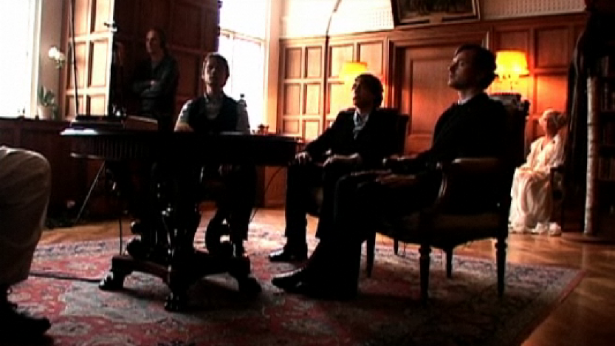 All three music videos planned for No More Stories were shot in a short period of time in Copenhagen region last summer. Although being the second video out, Repeaterbeater was the last one to be shot. According to this short making of-documentary by Soundvenue magazine, Jonas Bjerre, Bo Madsen and Silas Graae were actually being hypnotized to some point, even with the distraction of cameras and crew members that include directors (of the Bacon-team) Martin de Thurah, Adam Hashemi and Lasse Martinussen. While watching the video, you get the feeling that even the directors are not entirely sure what’s gonna happen in the end and that the surprise-factor is the fresh take on it. They did have a screenplay for it, of course. 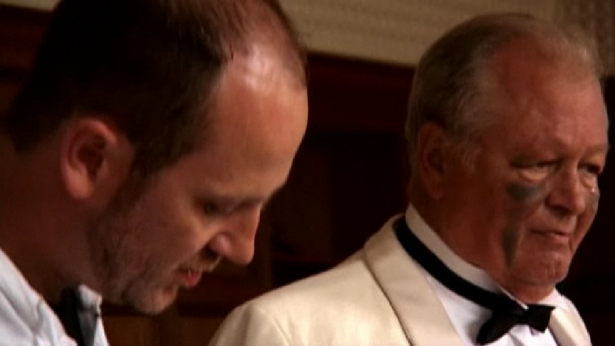 The video was shot in a lavish Danish mansion that didn’t need a lot of added set decoration, I assume. To make the narrative even more realistic, they speak their native tongue in it (subtitled in English). The style is very short film-like and most of it was beautifully shot in hand-held. Artistically it could be something that their national hero Lars von Trier would prefer. To give it more of a documentary feel, they allow a glimpse of Jonas on camera, for example. Personally, I have always preferred music videos that tell a story and have some actual film elements in them. Ever since the glory days of the late Michael Jackson (the 14-minute Thriller), these have always been the most memorable ones, whether the story follows the song lyrics or not. You don’t need to show band members playing their instruments at all and in this case Mew are playing them in their minds. Mew also get to show their acting talent and Bo takes the lead role once the music starts. As the song is so short, the video’s intro doubles the length and an intro will be seen in the next video as well (Beach also being a short track). If there’s anything negative to say about the Repeaterbeater video, is that it’s a bit too short even and kind of ends without a proper conclusion. Music videos for lesser-known bands are made to be shown in the internet nowadays, so length doesn’t really matter (as they are rarely played on television anymore). It would be great to see Mew making a full length feature someday.