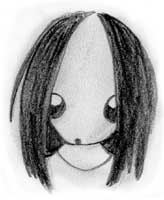 Mew doesn´t like me. Not like she used to. When we was kids we was playing together all the time, and we pretended like we was going to be married when we growed up and such. But then she growed up without me, and I´m much littler than her. Only I have growed up. Really. When I was littler, I used to tease her and she was scared of me, cause I had sharp shiny fangs and sharp shiny claws. She´s not scared of me now. 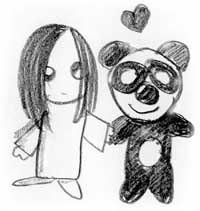 Maybe she stopped liking me cause I teased her. She used to just wanna be nice and friendly, but then I had to spoil it by teasing. I can understand why she hates me.

I often sit and think in my head of the things we did together, when we first started having memory. She knows that I love her. Then why is she so cruel all the time? To be fair, that´s not exactly true, either. She´s not really cruel, she´s just not nice anymore. 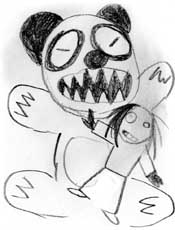 All she says now is growed up noises. And she sits and stares at the lakes and trees for hours and hours without end. Still I knows we will always be together. There´s no other way, really. And I think she knows that too. And I don´t even wants to talks to anyone else but her. Because I loves her. 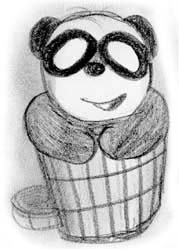 She loves me back, but not the same as me. And she´s so sad sometimes that I gets scared. And I tell her she looks like a princess or something and she just smiles and looks the other way. I wonder what she thinks about. She never tells me anything.

Back to front page.