This interview was made by MewX.info on September 23rd 2008. All copying and/or publishing of this interview without permission is strictly forbidden. 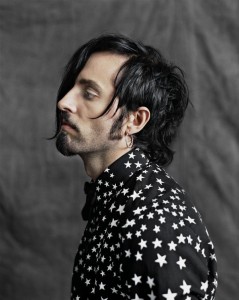 Hey, Johan! I interviewed you in late 2005 – only a few months before you made the big announcement of leaving Mew. During that interview you talked about the future of Mew as if you had not decided to leave the band for good. Was it ever in the stages of just keeping a paternity leave and then return in a few month’s or year’s time or was it permanent from the beginning?

-Well, I had to give my situation some real thought at the time. It was somewhat overwhelming to make the decision. I thought about just taking a break from the band, but on the other hand I knew this would be hard. The rest of the band wanted to write a new record and really try to give it a shot in America. It just seemed weird not to be a part of the making of a new record and then rejoin them. I’ve thought about the possibilities of working together again. But we’ll see, right now the guys have a record to make and I’m really excited about the new The Storm record we’re working on. But you should never say never and we’re still great friends.

When and where did Bastian Juel come from and did you have any advice to him in order to fill your shoes?

-Bastian is an old friend of Pernille‘s. He played with Pernille’s old band Swan Lee for many years. I knew him well enough to know that he would fit in with the guys. He is a really easy going person and a great bassplayer. It felt good to hand over the job to someone I knew. It was up to me to come up with a decent replacement and I think I did.

When did you meet with Pernille Rosendahl and when did you decide to start making music together?

-We met about five years ago. But it took us a couple of years before we realised we could create music together. 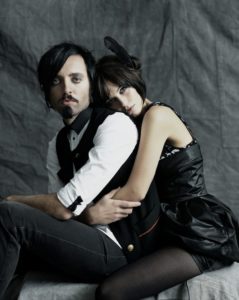 The reason you left Mew was becoming a father and let me just say that that was the bravest, non-selfish decision I can think of anyone making in music business. The debut album of The Storm is dedicated to Tristan, your son. How is parental life?

-Thanks. It just felt like the only right choice in my situation. Being a father is amazing! Every day I look at Tristan and think, who are you? And how did you get here? Sometimes I still can’t believe that he is my son! Every day is a surprise. I learn so much all the time. Having a little Jr. is just mindblowing! I’ve grown a lot as a person since he was born, that is for sure!

How would you describe the music of The Storm in comparison with Mew and Swan Lee (Pernille’s previous band)?

-Hmmm… In short I would say more rock than Mew and less pop than Swan Lee.

The album Where The Storm Meets The Ground contains progressive stadium rock (Drops In The Ocean) and beautiful ballads (Sweet Remarque) among others, how much these songs (especially the first one) have changed in the hands of Roy Thomas Baker and how do you write the songs with Pernille in the first place?

-The songs are basically like the demos. We had the arrangements down pretty well before we went to America. Roy Thomas Baker didn’t fiddle too much with them. What he did was to expand the sound, make it sound big. The way we usually write is that I will come up with the basic idea for the song. Then we tweak it together. Pernille writes the lyrics in most cases.

The song Lay Down Your Head is co-written by Jonas Bjerre, how did that collaboration come about? Obviously being still friends located in Copenhagen, do you often share musical ideas with each other?

-The song contains a vocal melody that Jonas and I wrote together for a song of mine a long time ago. I just liked how it sounded in “Lay Down Your Head” and asked Jonas if it was cool that we used it. We do share a lot of thoughts on music, but we rarely play new stuff for each other. I think we’re both a bit shy, which is a bit funny having been in a band together for 15 years, but that’s how it is. But we both value each others opinion.

What do you think will be the biggest difference on the upcoming album of Mew now that you are no longer part of it?

-That’s a good question. I really don’t know. I’d like to think that I made my mark on our sound. And I think the guys will try out new directions. One thing is for sure, it will be a fine album!

And finally a rather stupid question. Where does the storm meet the ground?

-Wherever you want it to!

Thank you for your time, Johan, and all the best with The Storm. 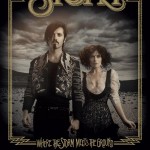